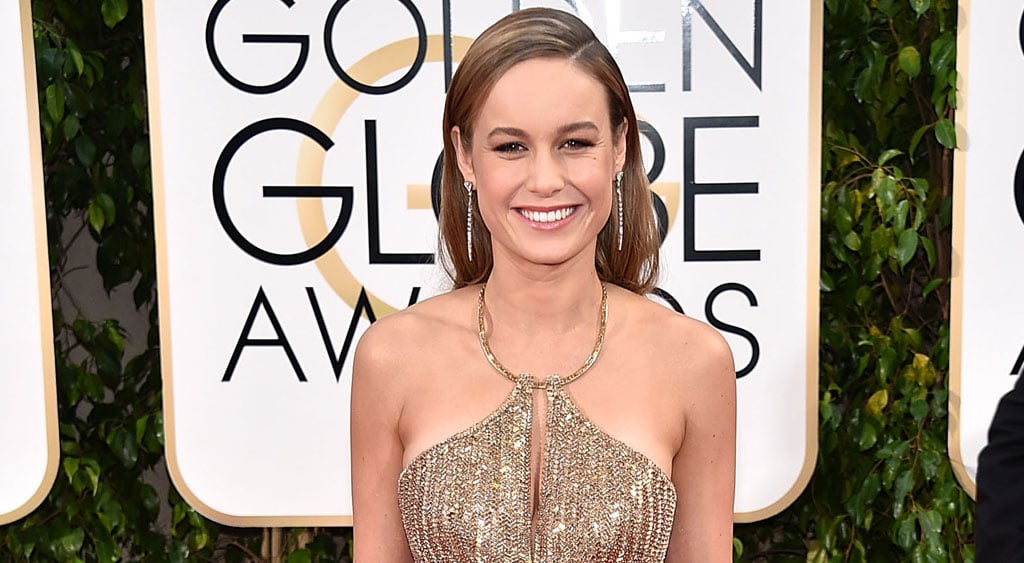 Just as Brie Larson was coming down from the high of her best actress win at the Golden Globes on Sunday, the Room star heard the exciting news on Thursday morning that she'd been nominated for an Oscar for best actress. Brie, whose emotional role as a mom raising her son while being held captive by her abusive kidnapper has earned her nonstop buzz since the film's premiere, called in to the Today show shortly after the nominees were announced to relay her excitement. "I am feeling incredible . . . I can't even believe it," she said. "I am just sitting here in complete and utter shock over all of this. I feel like I'm in a very bizarre Alice in Wonderland dream right now."

She also added that the nomination itself is "so cool," saying, "I feel like I get to join this cool club of people that I love." The actress is currently in Australia shooting Kong: Skull Island, so regardless of whether she wins or loses at the Oscars, the world will be seeing plenty more of her. See how fellow Oscar nominee Alicia Vikander reacted to the good news!