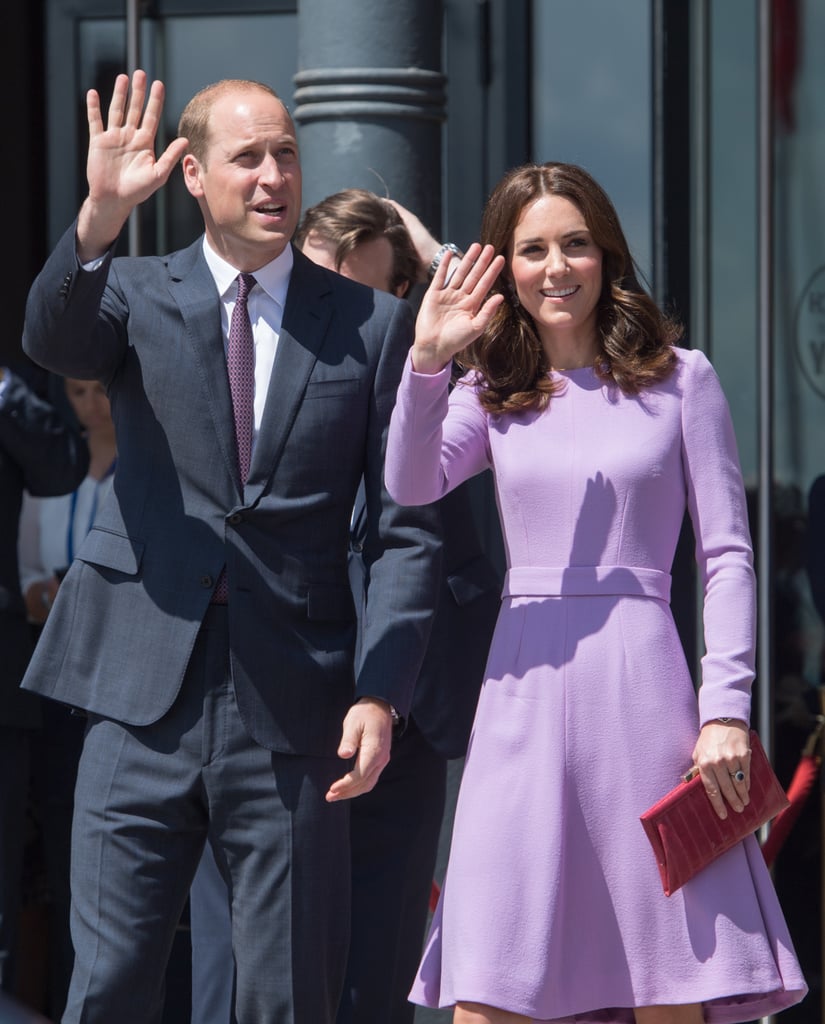 The British royal family appears to be having a blast on their tour of Poland and Germany this week. On Wednesday, Prince William and Kate Middleton touched down in Berlin with their two children, Prince George and Princess Charlotte, which immediately resulted in a handful of precious moments. While Prince George flashed his signature unimpressed face for the cameras, Princess Charlotte, who gave her first diplomatic handshake, was preoccupied with her bouquet of flowers.

After putting their little tots down, the royal pair visited the Brandenburg Gate and the Holocaust Memorial before heading over to the Strassenkinder, a charity which supports young people from disadvantaged backgrounds, where they offered warm hugs to a group of children. And they didn't stop there. Later in evening, the couple met with President Frank-Walter Steinmeier at the Bellevue Palace Gardens, where they held a garden party complete with champagne in honor of Queen Elizabeth II's birthday.

On Thursday, the red carpet was rolled out for the royal pair as they visited the German Cancer Research Center in Heidelberg before making pretzels during a tour of a traditional German market in the Central Square. Later in the day, the two enjoyed a cold beer after a rowing race against the twinned towns of Cambridge and Heidelberg before getting dolled up at Berlin's Clärchens Ballhaus dance hall. The next day, the couple boarded a train for Hamburg as they visited the Maritime Museum and the Elbphilharmonie concert hall.