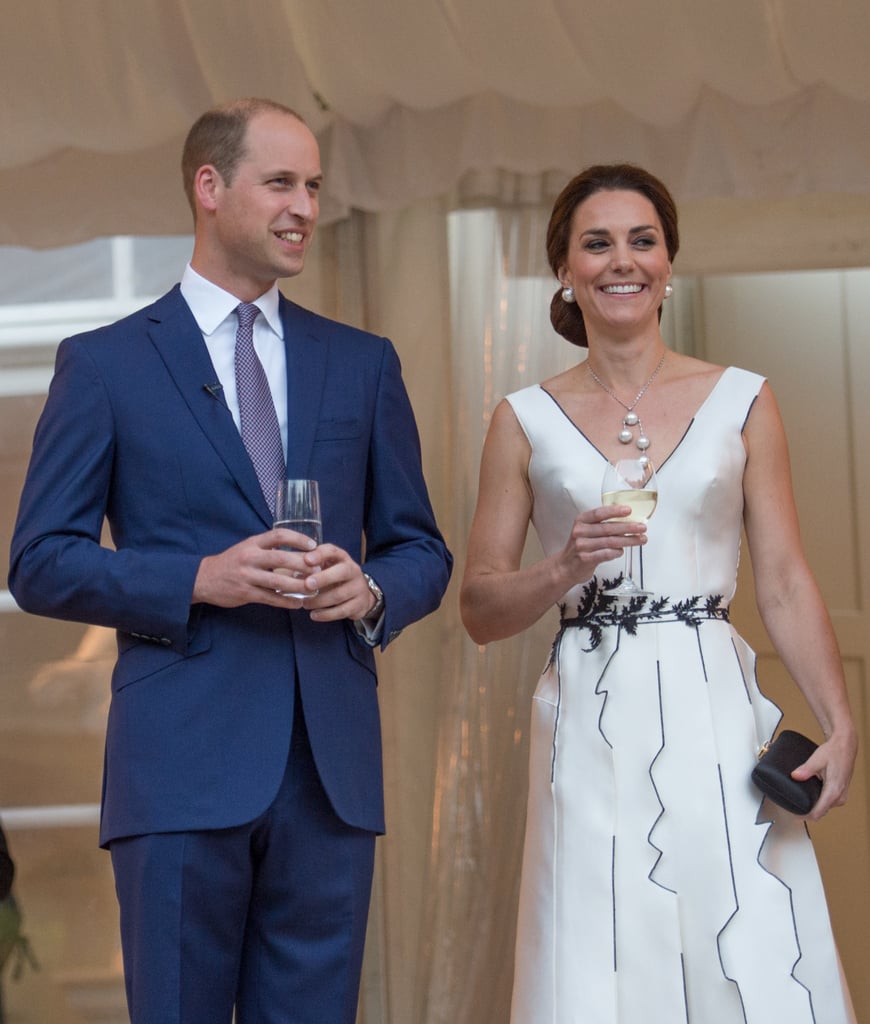 The British royal family officially began their five-day tour of Poland and Germany when they touched down in Warsaw, Poland, on Monday. Upon their arrival, Charlotte practiced her royal wave and George kept close to his dad as he gave him a princely pep talk. Will and Kate then paid their respects at the Warsaw Rising Museum before visiting the Heart Business Incubator. While there, the royal couple tested out a pair of virtual reality goggles, which were designed to provide a visual of the Polish capital.

But their day didn't end there! Later in the evening, Will and Kate switched up their looks and attended a special garden party in honor of the queen's birthday at Lazienki Park. Will even gave a speech to the crowd, saying, "Tonight we have double reason to celebrate, we mark the birthday of my grandmother, the queen, and we mark the depth and breadth of our two great shared countries."

Related:
Afraid of Flying? Let George and Charlotte Peeking Out of Their Plane Window Calm You

On Tuesday, the couple then had a solemn visit to the Stutthof concentration camp as they met with former prisoners and signed a book of condolence. Afterward, they headed to the town market in Gdansk, where they were met with a huge crowd. While their parents conducted their official duties, George and Charlotte reportedly stayed behind with their nanny, Maria Turrion Borrallo, before touching down in Berlin, Germany on Wednesday.