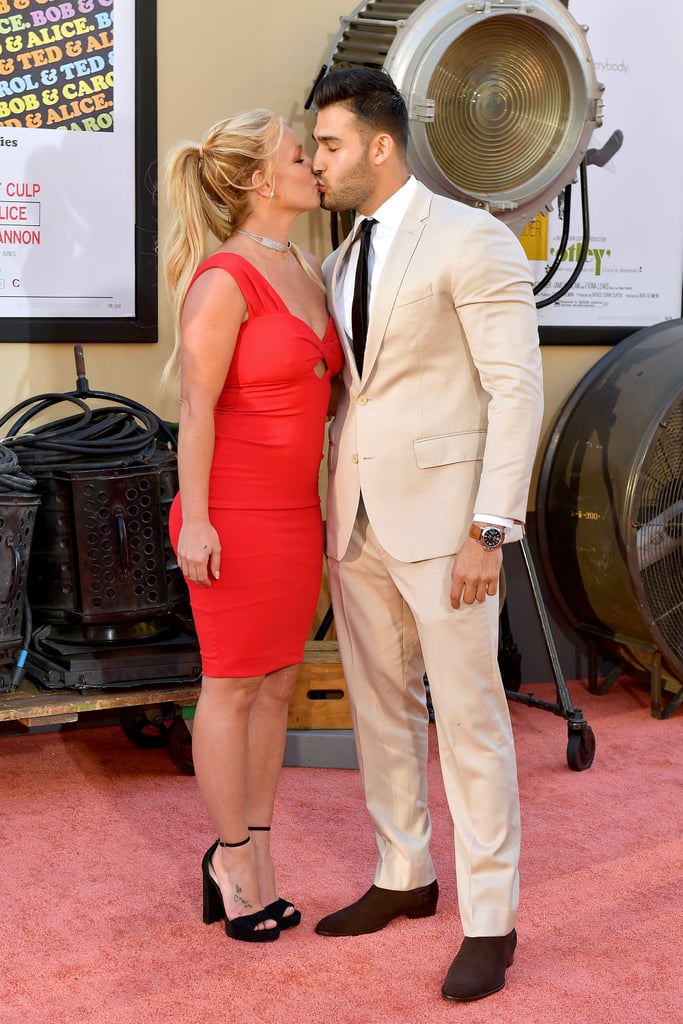 Britney Spears and her boyfriend, Sam Asghari, have been dating for over two years now, but Monday marked the first movie premiere for the happy couple. The two traded kisses on the Once Upon a Time in Hollywood red carpet, staying close and cozy as they posed for photos. Britney wore a skintight red dress and black platform sandals, while Sam opted for a sandy-colored suit and black tie.

The darling duo first met on the set of Britney's 2016 "Slumber Party" music video, but they didn't make their relationship Instagram-official until New Year's Day in 2017. They frequently show off their love on social media and sparked engagement rumors early last year when Britney wore a sparkling diamond ring on that finger during a tropical getaway. Neither has confirmed this news, but judging by their red carpet PDA, these two are simply smitten with each other.