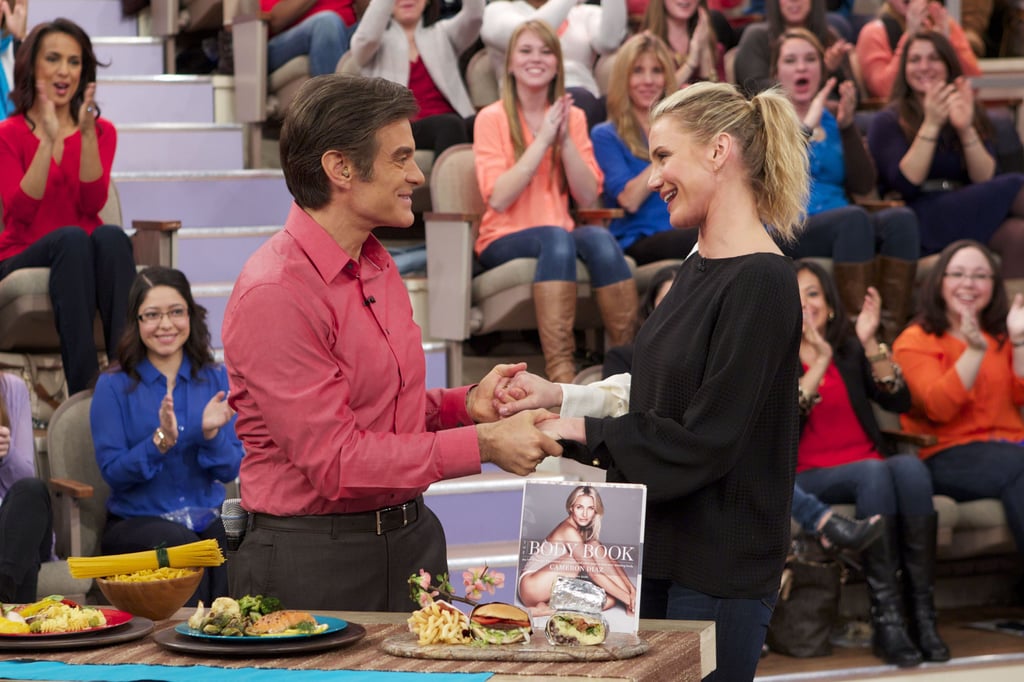 Cameron Diaz's Latest Interview Is All Kinds of Awesome

Cameron Diaz continued to promote her new lifestyle tome, The Body Book, with a stop at The Dr. Oz Show in NYC this week. In the interview, which airs Wednesday, Cameron explained why you should drink water when you first wake up — and not just by using her words. The actress proceeded to chug an entire bottle of water in front of the cheering, clapping audience, then remarked that she was glad she already had her morning bowel movement (since water "wakes up the digestive tract"). Classic Cameron!

Cameron's TV appearance wasn't all bathroom talk; she also had some pretty inspiring things to say about the idea behind her book and her want for all women, saying, "I believe that we're the most powerful force in the world; knowing how to have the best body that you can have, the healthiest, most capable, most vital body, is what I wanted for all of you." Keep reading to watch both clips from Cameron's interview on The Dr. Oz Show.