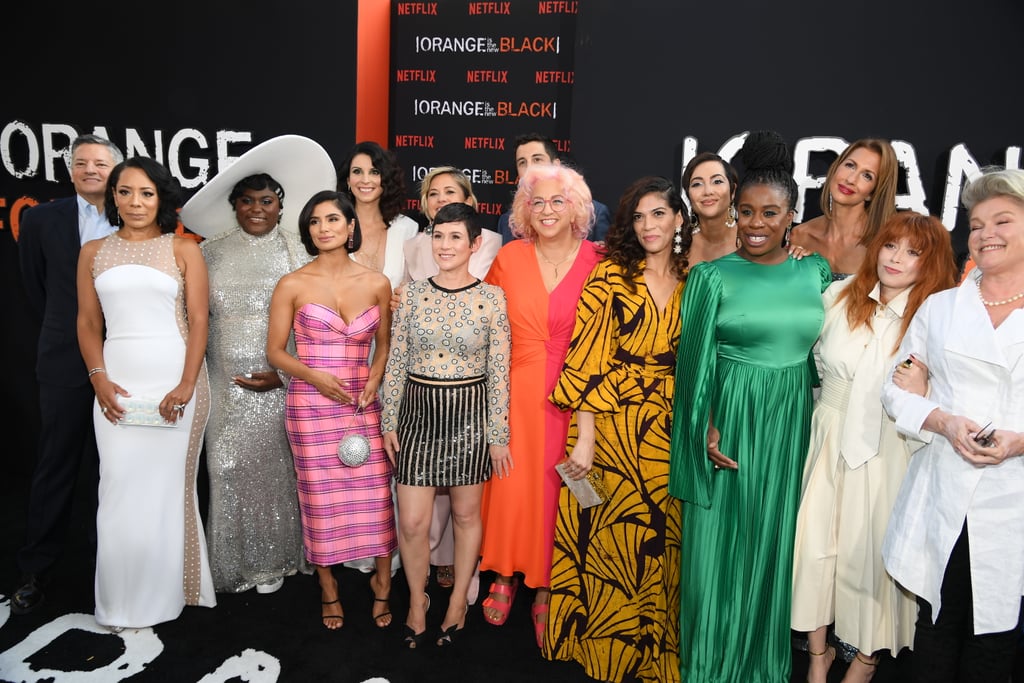 Say it ain't so! The end of Orange Is the New Black is almost here, and on Thursday, the cast came together to celebrate the show's seventh and final season at the NYC world premiere. The group — which included Taylor Schilling, Laura Prepon, Uzo Aduba, Natasha Lyonne, Danielle Brooks, Laverne Cox, Yael Stone, Selenis Leyva, Jason Biggs, Jackie Cruz, Jessica Pimentel, and Diane Guerrero — served their best looks as they hit the red carpet, and we almost shed a tear at the mere thought that this might be the last time we see the cast all together.

Ahead of the premiere, Danielle (who is currently expecting her first child) shared a photo of her red carpet evolution on Instagram, reflecting on her first-ever OITNB premiere. "It was my first carpet EVER and my teeth wouldn't stop chattering because I was sooo nervous. All these pictures hold a story but the photos I take tonight will mean the most, as I share them with the people who have become my family and with carrying the little Debbie cake inside this Taystee oven," she wrote. "It's the end of an era, and the beginning of so much more." Grab some tissues and see the cast at their final red carpet premiere before season seven drops on Netflix on Friday.

Related:
Quiz: Can You Match the Orange Is the New Black Character to These Funny Quotes?
Previous Next Start Slideshow
Orange Is The New BlackRed CarpetCelebrity Friendships