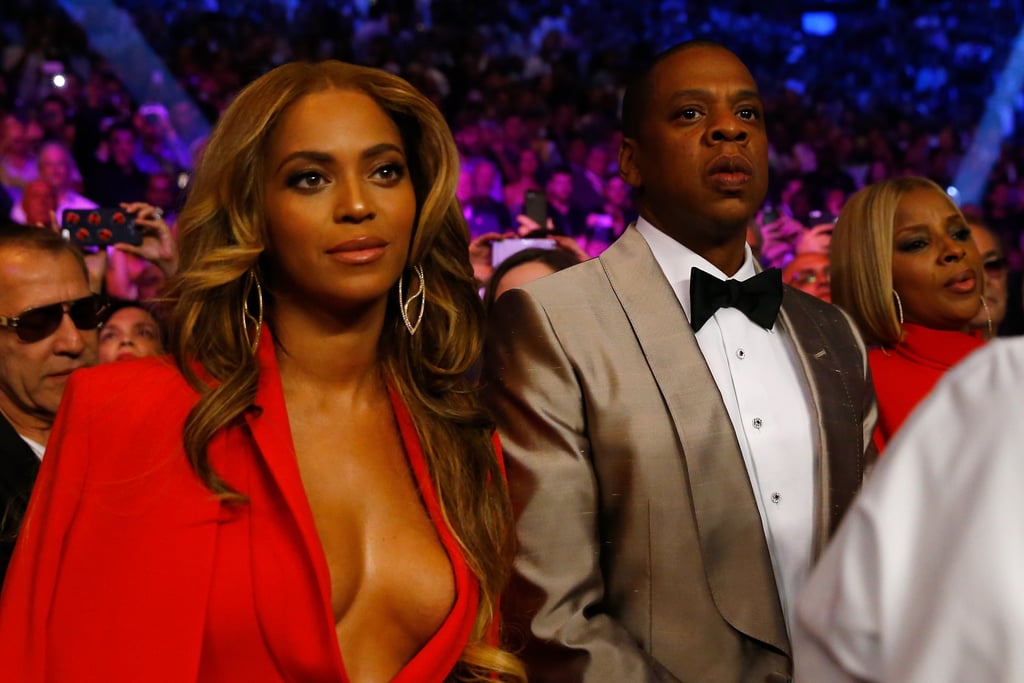 At times, Floyd Mayweather Jr. and Manny Pacquiao's buzzed-about boxing match felt more like an award show. That's because Showtime and HBO's live special brought out stars like Beyoncé and Jay Z, Ben Affleck, and Drew Barrymore — just to name a few. Before Floyd beat Manny on Saturday, reporters interviewed plenty of the celebrities in the audience, including Tom Brady. Continuing his fun spree since his glorious Super Bowl victory with the New England Patriots, the quarterback kicked back at the fight on the same day he hit up the Kentucky Derby. Meanwhile, Justin Bieber was on hand to support his pal Floyd. Justin even joined the boxer and his entourage for the prefight walk through the MGM Grand Garden Arena. As musicians like Justin and Beyoncé took the night off from performing, Jamie Foxx grabbed headlines with his unique spin on "The Star-Spangled Banner." Read on to see the most star-studded moments from the event, including appearances from Jake Gyllenhaal and Nicki Minaj.

Critics' Choice Awards
You Bet Jason Sudeikis Wore a Hoodie, and It Was a Sweet Nod to His Ex Olivia Wilde
by Sarah Wasilak 2 hours ago