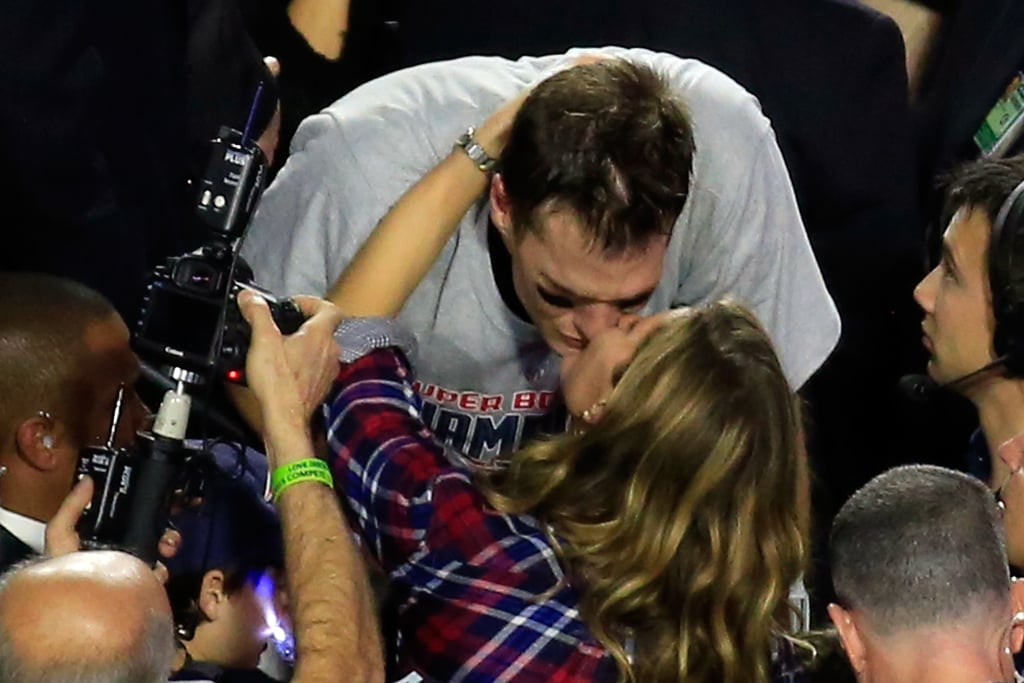 Tom Brady's Winning Night Gets Even Better With Adorable PDA

Tom Brady may have looked like the happiest guy in the world in the final seconds of the Super Bowl on Sunday, but the New England Patriots' winning night was not without its awkward moments. As the game came to a close, Tom couldn't help but jump for joy and celebrate his team's 28-24 defeat over the Seattle Seahawks. Soon a fight broke out between the two teams, and Seahawks linebacker Bruce Irvin went for Patriots tight end Rob Gronkowski. The brawl didn't overshadow Tom's night, though, as he was named the Super Bowl MVP for the third time and celebrated with his teammates and some famous faces, including Mark Wahlberg, one of the spirited stars at the game. However, nothing was as cute as Tom's celebration with his family: he finally had the chance to kiss his wife, Gisele Bündchen, and embrace his sons, John and Benjamin. Read on to see all the moments unfold, and then go inside the hottest Super Bowl bashes.