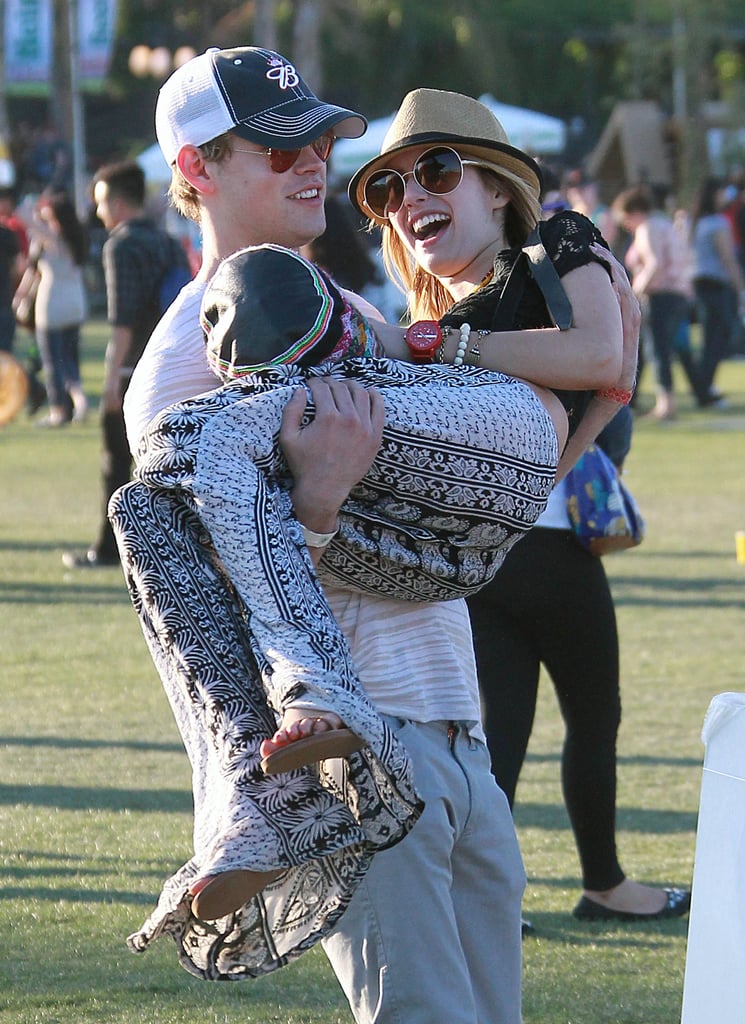 Emma Roberts and Chord Overstreet in 2012

The first weekend of Coachella kicks off this Friday, and we can expect plenty of celebrities will hit the festival grounds for the annual event. Last year, there were more than enough famous faces in the crowds and at parties all around the Coachella Valley. While some stars choose to attend with friends, many make it a couples' trip, showing PDA in the grass and partying late into the night. Diane Kruger and Joshua Jackson are festival mainstays as are Kate Bosworth and Michael Polish. In 2014, Beyoncé and Jay Z took the festival by storm, and in 2012, Nina Dobrev and Ian Somerhalder couldn't keep their hands off each other. Start scrolling to see some of the cutest Coachella duos from over the years as we gear up to see even more pairs this weekend!

Summer Fashion
In Case You Forgot, Jennifer Lopez Is Really Into Ben Affleck — Just Look at Her Jewelry
by Yerin Kim 4 days ago

Summer Olympics 2021
These 5 Duos Are Taking "Power Couple" to New Heights at the Tokyo Olympics
by Grayson Gilcrease 4 days ago
Celebrity Couples
J Lo and Ben Affleck Re-Created Their Famous Yacht PDA, and They Have to Be Trolling Us Now, Right?
by Grayson Gilcrease 5 days ago