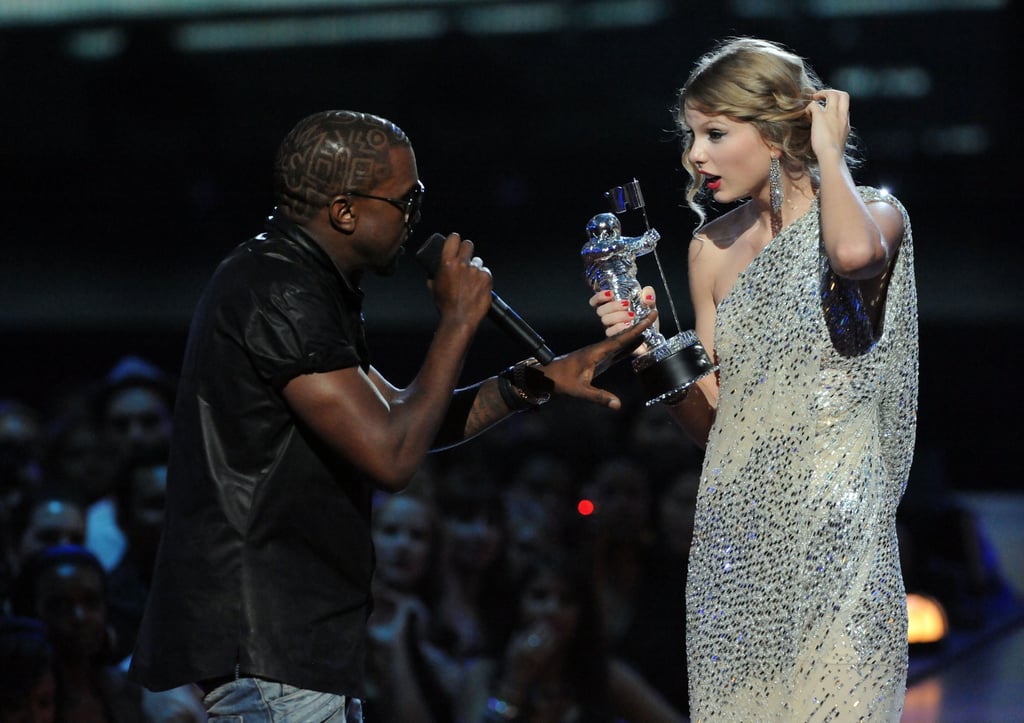 6 MTV VMAs Feuds That We Will Never, Ever Forget

You know why I love the MTV Video Music Awards? Because it's a little less classy, a little more shady, and a lot more dramatic than some of the other, bigger award shows. And that's what makes it so much fun to watch. When I sat down to watch 2009's broadcast, did I know I was going to see one of the most iconic award show moments of all time? No, but then Kanye West decided he had something to say, and just like that, one of our generation's biggest feuds in music was born.

Talk about a beautiful moment.

Taylor Swift found herself in the middle of that awkward moment with Kanye in 2009, but would you believe she's been involved in other VMAs feuds as well? Color me shocked. The pop star found herself directly in the middle of another dramatic moment at another VMAs and somewhat involved in yet a THIRD VMAs feud. Makes for great tabloid fodder — or her next hit single.

We're ready to see if yet another new feud pops up at this year's VMAs, but in the meantime, let's relive these six moments from VMAs past that will make you cringe, laugh, and grab the popcorn.

Netflix
We Wrote Down All the Most Disturbing Squid Game Scenes, So You Can Watch and Sleep Easy
by Chanel Vargas 17 hours ago

TV
Fun Fact: I Know What You Did Last Summer's Alison and Lennon Aren't Actually Twins in Real Life
by Naledi Ushe 20 hours ago