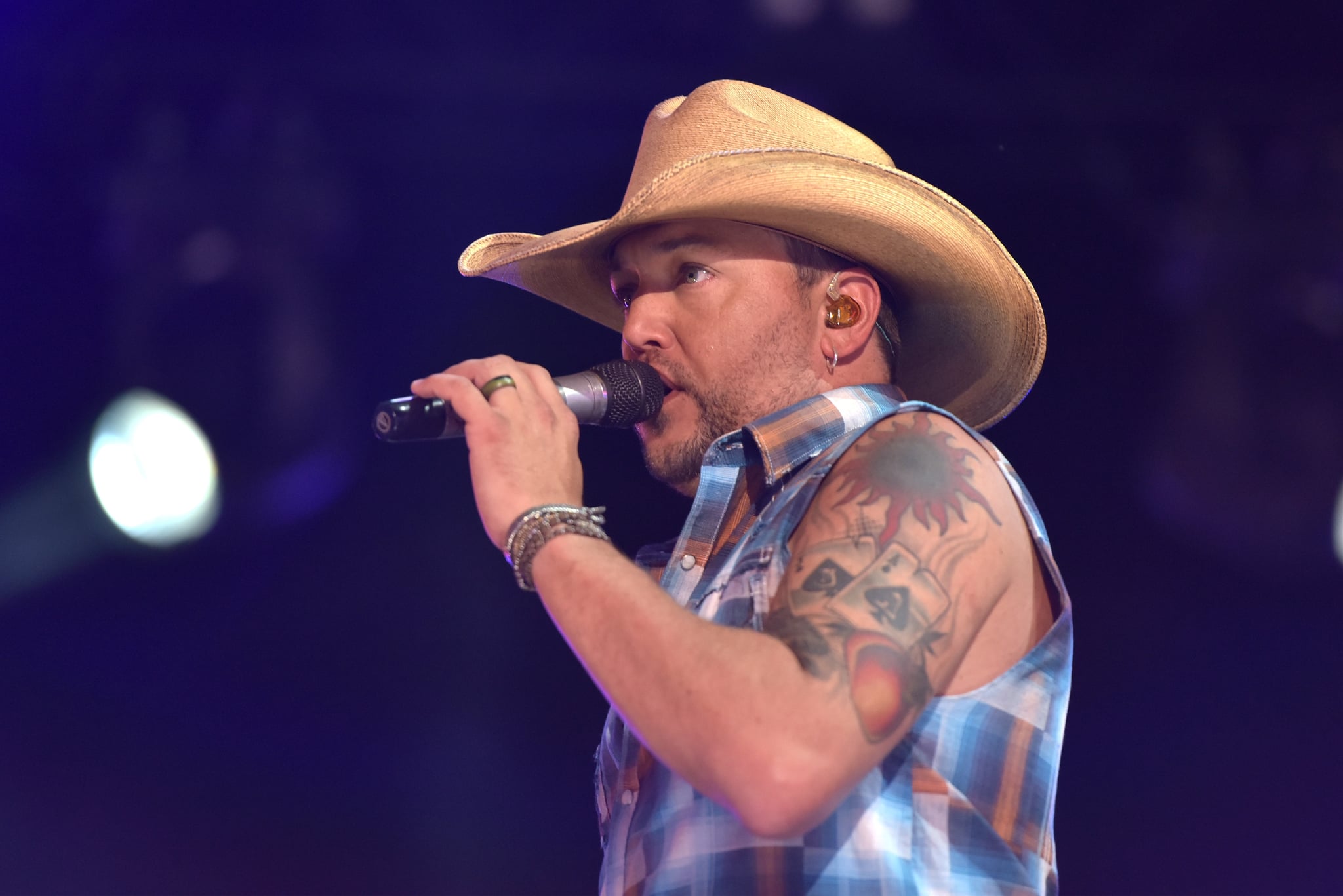 Celebrities are sending the people of Las Vegas love and support following the horrific shooting at the Route 91 Harvest Music Festival that left more than 50 dead and 200 injured on Sunday. Country singer Jason Aldean, who was performing when the suspected gunman opened fire, took to Instagram to send his condolences after he was safely evacuated from the stage. See how other stars are reacting to this terrible tragedy ahead.

Praying for everyone at #HarvestFestival. There are no words right now that suffice.

Horrified to hear about the shooting in #LasVegas. My thoughts are with the victims and their families. Praying for everyone's safety 🙏💔

I mourn this senseless loss of life. What will it take, #Congress, for you to act? @Everytown @MomsDemand #endgunviolence https://t.co/6HpuWk9ZLe

Oh God. Vegas. WTF is happening. Can’t keep up with all the pain this country is facing. Sending love to Vegas.

Oh God. Just woke up to this sickening news. What is happening to this country? Those poor poor people. I’m numb.

Don't even know what to say. To be in Vegas while this is happening, brings a pain to my heart. My team and I are safe Thank God! Prayers up

Love is the only thing we can offer one another at this point. So love really fucking hard. Always.

Heartbroken by the news out of Las Vegas.
Praying for those of us waiting for news from loved ones who went to hear live music on a Sunday.

Praying for everyone here in Vegas. I witnessed the most unimaginable event tonight. We are okay. Others arent. Please pray.

I'm not gonna say anything else other than I'm lucky to be alive. As are many others... and so many people are gone... this is heartbreaking

There are no words to express the helplessness and sorrow my broken heart feels for the victims in Vegas and their families.

Woke up to such horrible news. We are praying for the victims and their families. May the Lord bring some comfort to them.

Words can't begin explain my sadness. My family and I are praying for the victims of this tragedy. Truly heartbroken.

The lone wolf. The local shooter. The gunman. Any and everything, but terrorist. Wonder why.

Woke up to the heartbreaking news from Las Vegas, my thoughts are with everyone and their families. Love. H

I can’t wrap my head around the atrocity in Vegas. Sending my heart and deepest regrets to the families and friends affected. #prayforvegas

Saying a prayer for all the victims & their loved ones, also for the residents & visitors of Las Vegas! This was a horrific act of terror!!

Storm Reid
Storm Reid Loves Her Cherry-Red Pantsuit So Much, She Put on Beyoncé to Mark the Occasion
by Chanel Vargas 22 hours ago