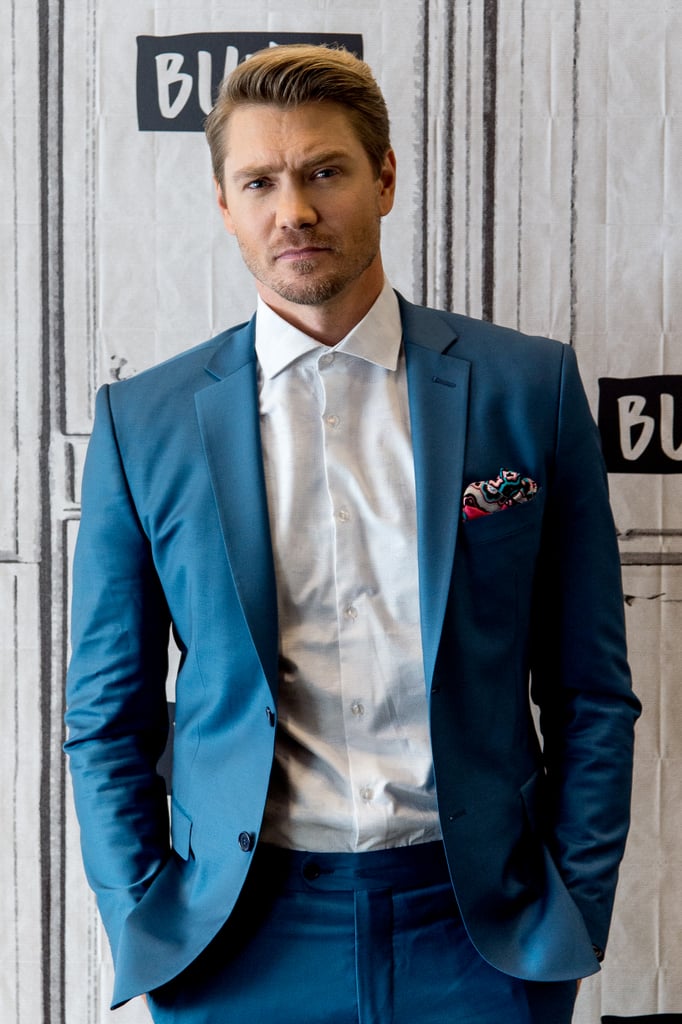 Chad Michael Murray stepped out in a sleek blue suit to promote his TV series Sun Records at an AOL Build event in NYC on Thursday. The handsome actor mugged for the cameras while posing for photos before taking the stage to talk up the CMT show, in which he stars as record executive and Sun Records founder Sam Phillips. Chad touched down in the Big Apple on Wednesday, just a day after confirming that he and wife Sarah Roemer had welcomed a baby girl. It's the second child for the two, who married in January 2015 and are parents to a nearly 1-year-old son.