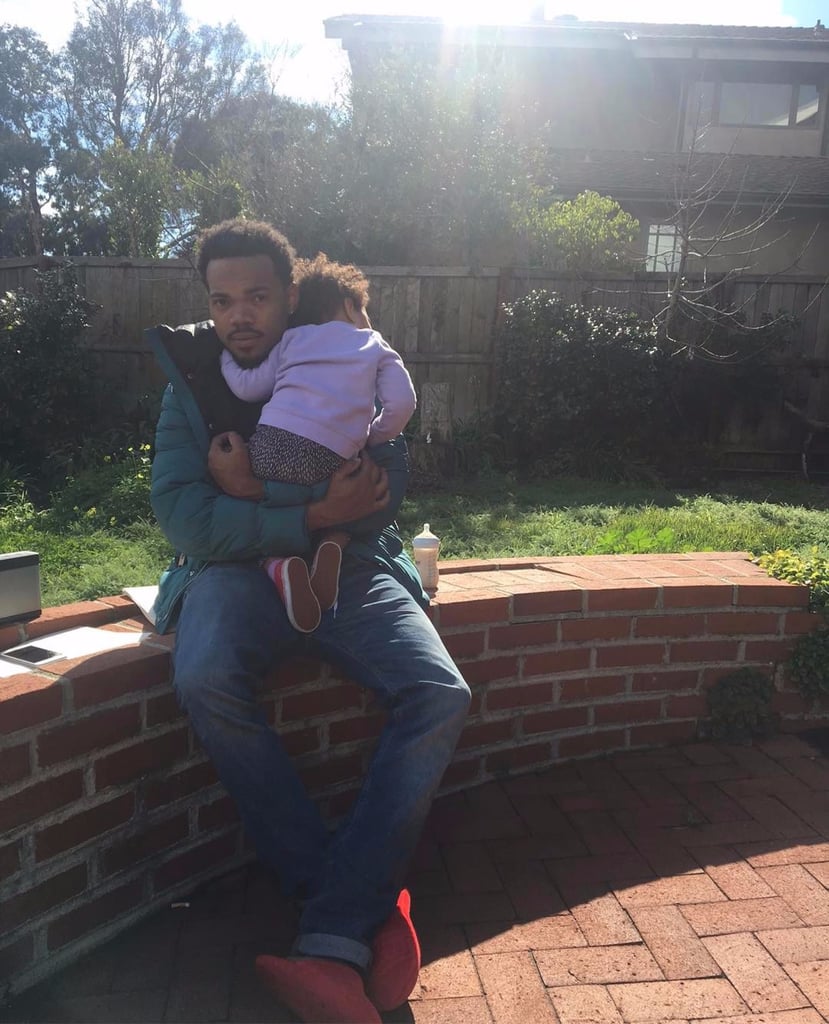 If you're not obsessed with Chance the Rapper yet, do you even have a pulse? In addition to currently being one of hip-hop's brightest young stars, the 23-year-old Coloring Book creator also happens to be a devoted father; in September 2015, Chance (real name Chancelor Bennett) and his on-off girlfriend Kirsten Corley welcomed their daughter, Kensli, and have recently begun sharing sweet moments with the little one via social media. Chance also shouted them out during his Grammys acceptance speech.

Related:
The Meaning Behind Chance the Rapper's Signature "3" Caps

Chance's love for kids goes way past his own daughter — just last month, the Chicago native donated a whopping $1 million to and launched an arts and literature fund for the city's public school system. In honor of his precious bond with Kensli, we've rounded up their cutest snaps.

Music
Aw, Next Time! Jhené Aiko Says Her Daughter Was "Too Cool" to Do a Feature on Her Last Album
by Naledi Ushe 3 days ago