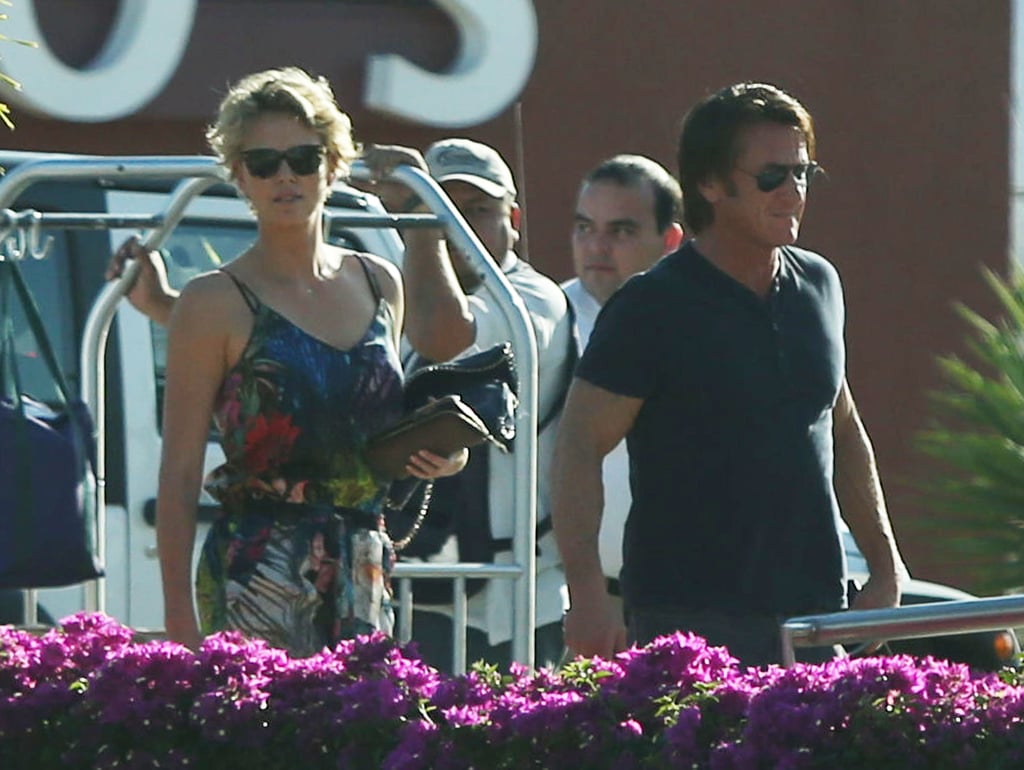 Charlize Theron and Sean Penn are no strangers to romantic vacations. Back in January, they rang in the New Year on the beach in Hawaii together, and on Monday, they were spotted in Cabo San Lucas. Charlie wore a tropical-colored jumpsuit, while Sean went for a black tee and jeans, as they strolled together in Mexico, all smiles as they soaked up the sun.

The Valentine's getaway is just their latest adorable outing after goofing around with Charlize's son, Jackson, at the grocery store and enjoying a walk on the beach in Malibu, CA, since coming out publicly as a couple late last month.

Britney Spears
Lord, Give Me the Strength Not to Cry Over Sam Asghari's Birthday Post For Britney Spears
by Chanel Vargas 19 hours ago