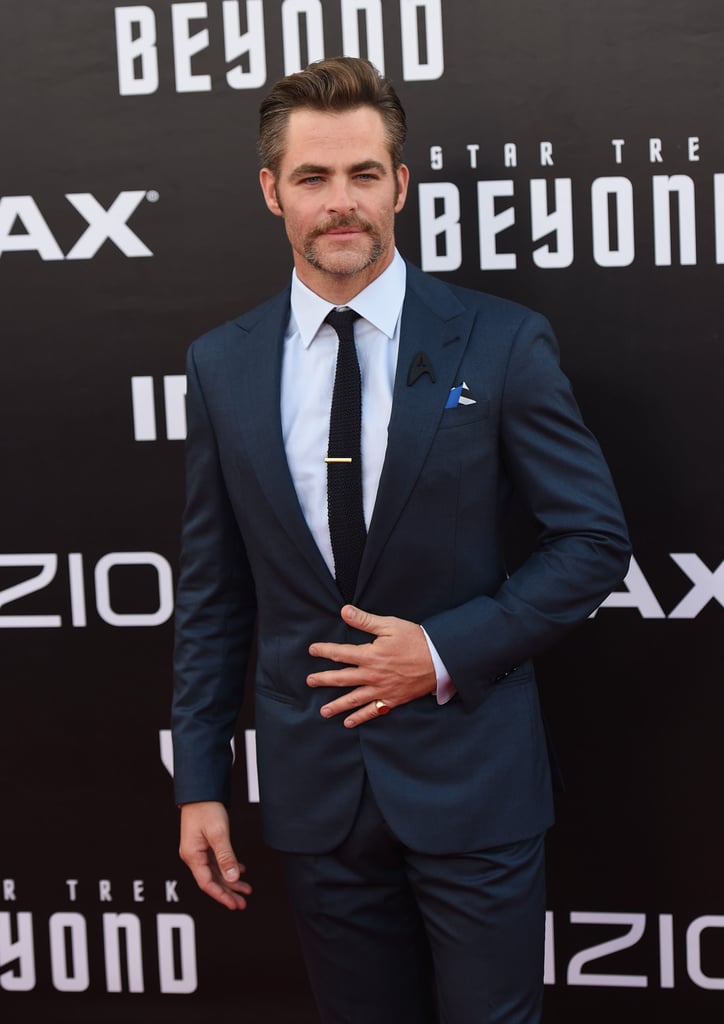 Chris Pine continued his press tour for Star Trek Beyond on Wednesday, and his latest stop brought him to San Diego for the movie's premiere. Clad in yet another blue suit, Chris showed off his well-groomed scruff as he posed for photos and later linked up with his costars Karl Urban and John Cho, the latter of whom plays Hikaru Sulu, the film's first gay main character. Most recently, George Takei, the actor who portrayed Hikaru in the original series, revealed he wasn't very happy with this decision, telling The Hollywood Reporter, "I'm delighted that there's a gay character. Unfortunately, it's a twisting of Gene [Roddenberry]'s creation, to which he put in so much thought. I think it's really unfortunate." Keep reading to see more photos from the night, then check out the final trailer for Star Trek Beyond.

Celebrity Instagrams
Sorry, but the Rose Family Have Nothing on Eugene, Dan, and Sarah Levy's Real-Life Bond
by Monica Sisavat 21 hours ago