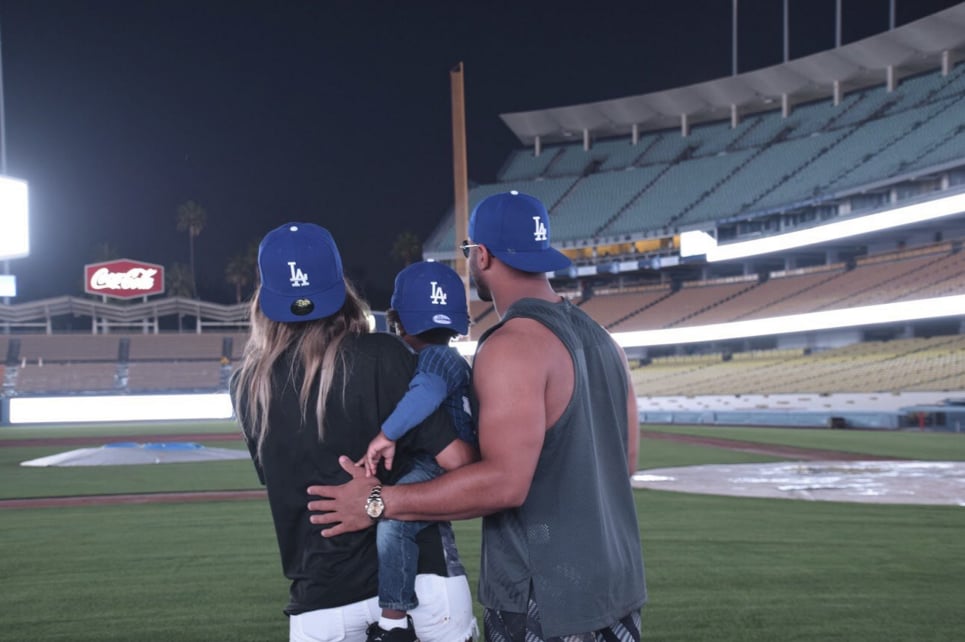 Ciara was all smiles while visiting Dodgers Stadium with her son, Future, and boyfriend Russell Wilson on Tuesday. The trio's sweet day at the ballpark was featured on the baseball team's official Twitter page with the message, "Thanks for stopping by @DangeRussWilson and @ciara! #WeLoveLA." The adorable photos show Ciara and Russell holding hands with the 1-year-old and chasing him around the field.

Ciara has been dating the Seattle Seahawks star since last April, and the two have been going strong despite recent friction with her ex, rapper Future; the singer filed a lawsuit against the father of her child earlier this month, reportedly citing slander and libel after a series of tweets that seemed to question Ciara's parenting skills. While she has yet to speak out on the case, her recent outings — including a sweet date night with Russell — suggest that she's keeping her spirits up. Keep reading to see the photos from Ciara's day out with her boys.