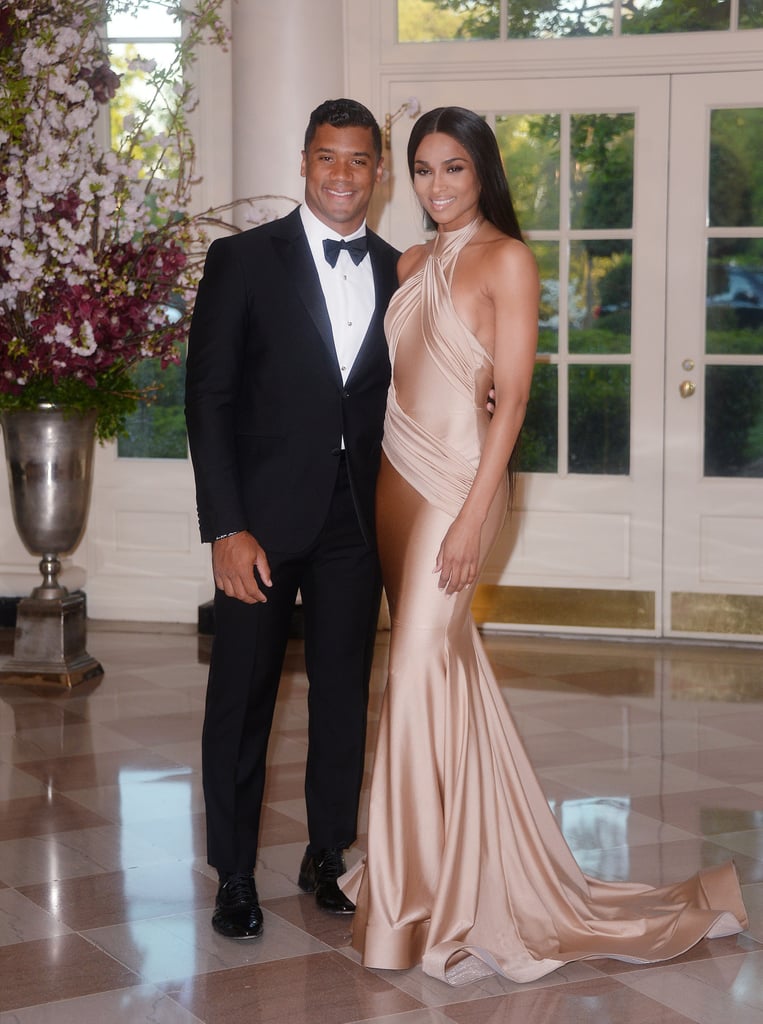 Ciara and Russell Wilson Take Their New, Sexy Love to the White House

Ciara and Russell Wilson have gone public with their relationship in a big way. On Tuesday night, the stunning pair made their debut as a couple at the White House's Japanese state dinner. Arriving hand in hand, Ciara and Russell posed for gorgeous snaps before joining President Barack Obama and First Lady Michelle Obama and their distinguished guests, including Japanese Prime Minister Shinzo Abe. The singer and Seattle Seahawks quarterback dressed to the nines for a night of entertainment. While Ciara dazzled in a revealing gold gown, Russell looked handsome in a tux fit to perfection.

The stars have only been spotted at a couple events together since they hit it off, according to reports. Ciara and Russell were expected to make their public debut at the star-studded White House Correspondents' Dinner, but he popped up at the event with his grandmother instead. Chatter about the relationship comes eight months after she called off her engagement to rapper Future last August. In the months since, Ciara has grabbed headlines with her incredible postpregnancy physique and her "I Bet" music video, which appears to address Future's alleged affair. Read on to see Ciara turn the page with her new man.