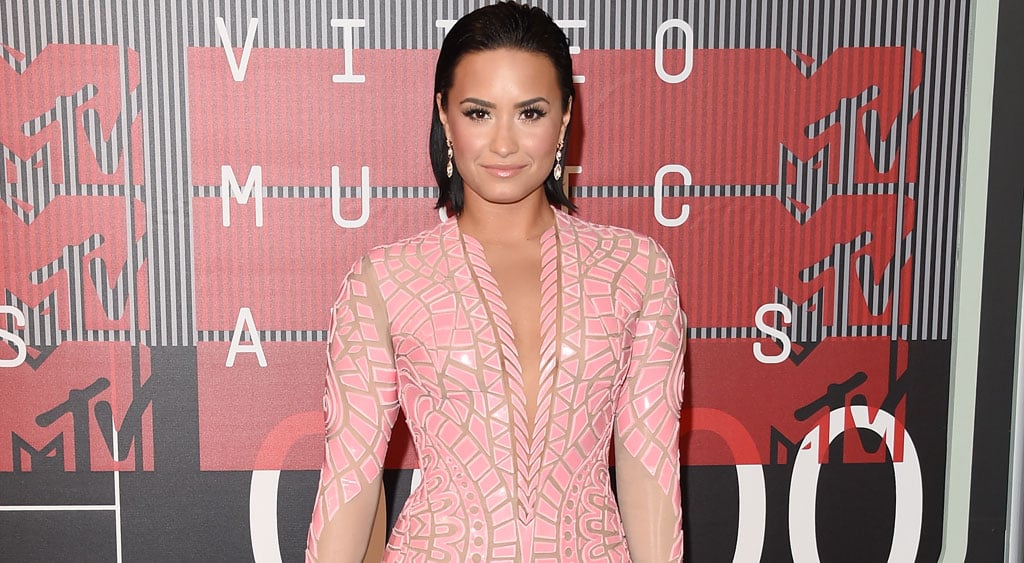 Demi Lovato is all about female empowerment, and she's determined to keep it that way. The singer took to Instagram on Monday to clear up rumors that she threw "shade" at Taylor Swift after the "Bad Blood" singer donated $250,000 to help Kesha through her heartbreaking lawsuit against Dr. Luke. Demi, who has always been outspoken about women's rights and issues, appeared to call Taylor out for her donation rather than actually speaking up about the issue. But after Taylor's fans criticized Demi for her comments, she clarified her intentions to simply raise more awareness in a powerful social media post. Alongside a graphic that illustrates just how few rape cases get reported, Demi wrote:

"As most people know, I tend to get fired up about the things I believe in, and although my heart and intentions are always in the right place, unfortunately sometimes my passion gets the best of me and causes me to say things that I probably shouldn't say. And when doing so it takes away from the real reason I am speaking up in the first place. Our focus should be on the topic of victims of sexual and physical abuse being afraid to come forward with their stories. They're more likely to face retaliation and harassment than to see justice being served. Especially women. It baffles me that when it comes to serious issues like equality and abuse, too often women are not taken as seriously as men. All I want to see is women coming together and actually making a difference. A real change and shift in society. Everyone has their own way of giving support to others , and at the end of the day, helping victims is all that matters. Ultimately, the message I want people to hear is it's okay to come forward with your abuse and if you do decide to take action, you are not alone."

See the photo below, then check out all the other celebrities who are rallying around Kesha in support as well as music producers who are offering to work with her.

Jennifer Lopez
Jennifer Lopez Is on Her Way to Perform at the Inauguration, and Her Outfit Game Is Already 100
by Nikita Charuza 14 hours ago