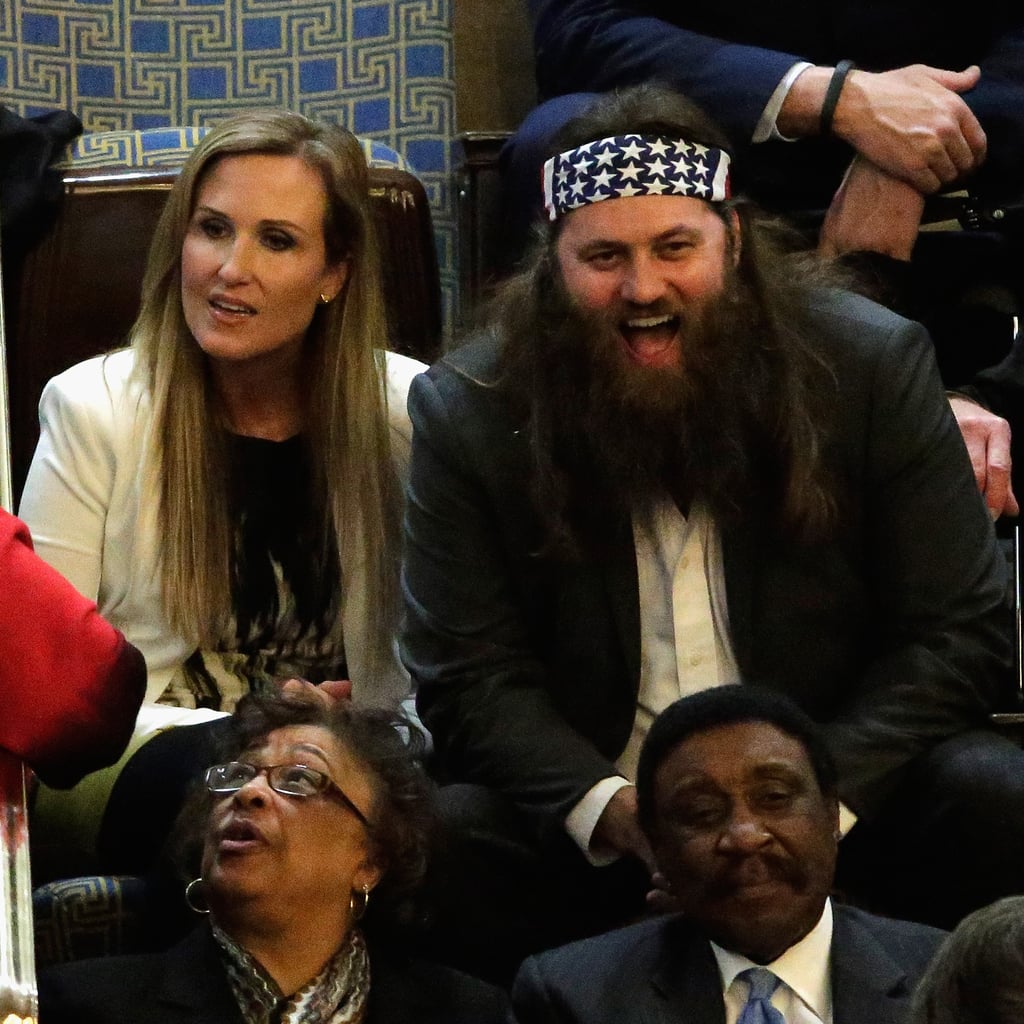 Wait, a Duck Dynasty Star Was at the State of the Union?

Duck Dynasty's Willie Robertson and his wife, Korie, waited patiently for President Barack Obama to deliver the State of the Union address Tuesday night. While First Lady Michelle Obama is known to invite guests who echo the president's message, Willie is a guest of Louisiana Rep. Vance McAllister. The reality-TV star endorsed McAllister last year, and the congressman announced Robertson's invitation earlier in the day: "I am proud to have my close friend, constituent, and small business owner Willie Robertson attend tonight's State of the Union Address as my special guest." Willie, whose dad, Phil, was in hot water recently for sharing antigay views, seemed happy to be there, showing his patriotism with an American-flag bandanna. This year, Michelle Obama's high-profile guests include two Boston Marathon bombing survivors as well as openly gay NBA player Jason Collins.

Previous Next Start Slideshow
NewsState Of The Union