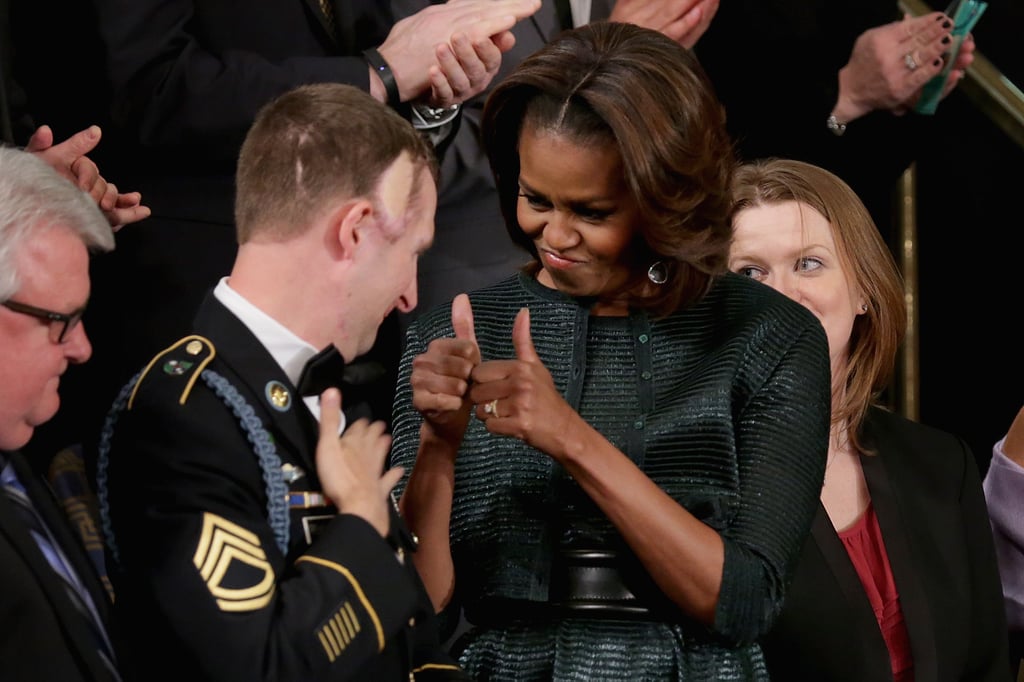 Each year during President Barack Obama's State of the Union, First Lady Michelle Obama makes a statement — and we don't mean the fashion kind. Those invited to join the FLOTUS in her box are chosen carefully, and the list always mirrors the president's message. Whether they're everyday Americans or prominent ones, these guests put a human face to headlines or policy. This year, Michelle has invited a diverse group, including CVS CEO Larry Merlo, astronaut Scott Kelly, Ebola fighter Dr. Pranav Shetty, State Senator Catherine Pugh, LAPD veteran Captain Phillip C. Tingirides, community college student Chelsey Davis, and Malik Bryant, a 13-year-old Chicagoan who made headlines after he wrote a letter to Santa asking for safety, eventually getting a response from President Obama. Expect to hear a few shout-outs to these individuals in the president's speech, a tradition Ronald Reagan started. Ahead of tonight's pomp and politics, let's see who had the honor in the past, and be sure to find out where to watch the State of the Union online.

Previous Next Start Slideshow
Michelle ObamaPoliticsNewsState Of The Union