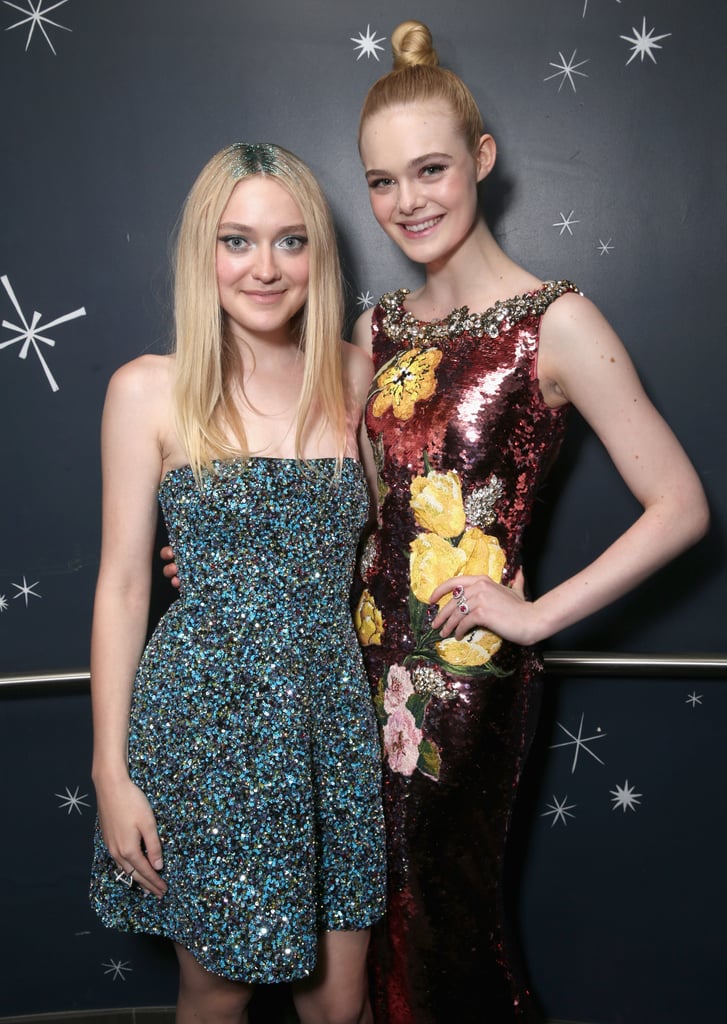 Elle Fanning had the support of her older sister, Dakota, at the premiere of her new film The Neon Demon in LA on Tuesday night. The 18-year-old walked the red carpet in a stunning, sequined Dolce & Gabbana gown and struck a series of poses with 22-year-old Dakota, who sported cool glitter roots. Later, at a special fan screening, Elle and director Nicolas Winding Refn were joined by none other than Ryan Gosling, who participated in a Q&A with the young actress; Ryan famously worked with Nicolas on Drive and Only God Forgives. In his latest horror thriller The Neon Demon, Elle stars as an aspiring LA model who finds herself in danger amongst the women she meets in the industry.

Where her real life is concerned, Elle has had a lot to celebrate. She graduated from high school on Monday in the same ceremony as Modern Family star Ariel Winter, and big sis Dakota commemorated the moment with an adorable Instagram snap. See more of Hollywood's fun-loving younger sisters here.

Cate Blanchett
Cate Blanchett Has Her Hands Full With Her 4 Kids — Dashiell, Roman, Iggy, and Edith!
by Corinne Sullivan 11 hours ago

Tom Hardy
Tom Hardy Is Many Things — Including a Devoted Father of 3!
by Corinne Sullivan 1 day ago