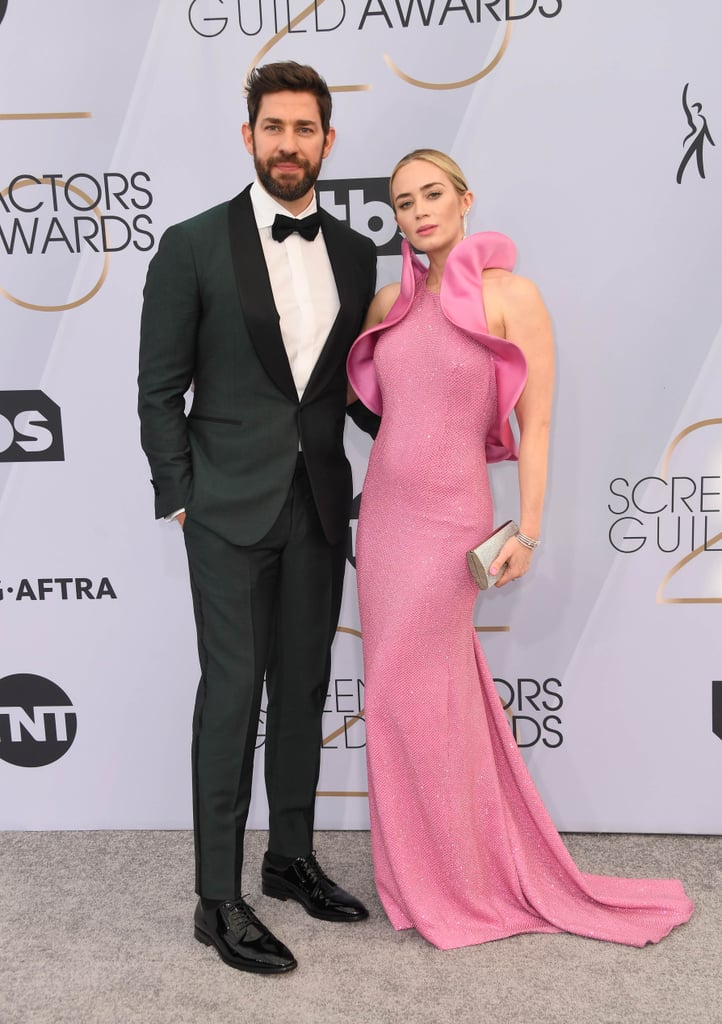 Emily Blunt and John Krasinski, You're Under Arrest — For Stealing Our Hearts at the SAG Awards

Another week, another unbearably glamorous award show appearance by Emily Blunt and John Krasinski. Just two weeks after making us swoon on the Critics' Choice red carpet, the power couple stole the spotlight yet again at the SAG Awards. Before arriving at the Shrine Auditorium in Los Angeles, John broke his nearly two-month Instagram silence to post an adorable selfie with his wife, captioning the cuddly snap, "Honored to be on the arm of this double nominee tonight!" Aww!

Emily was nominated for her roles in both Mary Poppins Returns and A Quiet Place, the latter of which she nabbed an award for during the show. While accepting the award for outstanding actress in a supporting role, Emily delivered a heartfelt speech that moved John (and us!) to tears, and then she proceeded to gush about him even more backstage. Keep reading to see just how picture-perfect they looked at the SAG Awards this year.

Kate Hudson
Kate Hudson’s Engagement Ring Sparkled at the Met Gala, but Did You Notice Her French Manicure?
by Jessica Harrington 17 hours ago