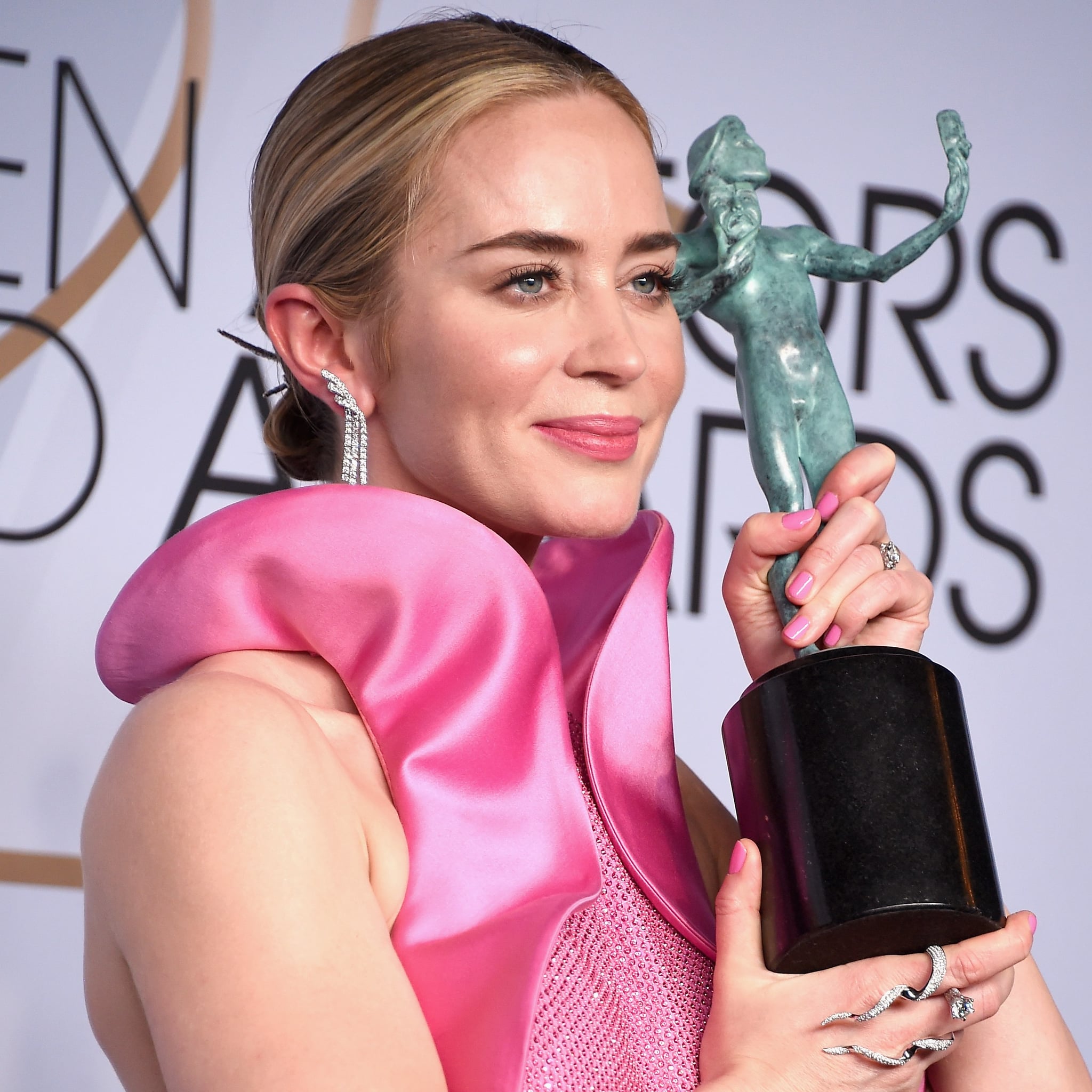 At Sunday night's SAG Awards in LA, Emily Blunt snagged a surprise win for best supporting actress in A Quiet Place. Horror movies tend to get overlooked when it comes to award season, so we were absolutely delighted to see that her incredible performance was celebrated by her peers. In her glowing acceptance speech, she gushed about her husband and co-conspirator, John Krasinski. Backstage in the press room, she gushed even more about him: one journalist asked what her favorite part of working on A Quiet Place was, and we should have seen the answer coming from a mile away.

"My favorite thing about shooting A Quiet Place was for sure working with John! We'd never done it before, and it is kind of the great unknown, going into this process, not knowing what it's going to be," Blunt said with smile. "A lot of people were like, 'You're going to be divorced by the end of it,' but actually we're so much closer. I think the discovery of how well we collaborated and how well we can create something together is just so special." (Cue the collective group "Aww!" from everyone.)

That wasn't the only fun, family-related tidbit Blunt shared during her time in the press room, either! At another point, she was asked to share which scene in the film was the scariest to shoot. While she didn't actually have an answer for a scene that "scared" her per se, she did have an answer about a sequence that was particularly taxing. "Emotionally, it was the most daunting to shoot the birth scene, because I knew that it was going to be a beast," she said. "We were shooting for five days straight, you know, giving birth. From the moment my water breaks to the moment I'm in the bathtub. It still makes my mom cry, that scene. She doesn't like watching it!"

That makes two of us, Emily Blunt's mom.