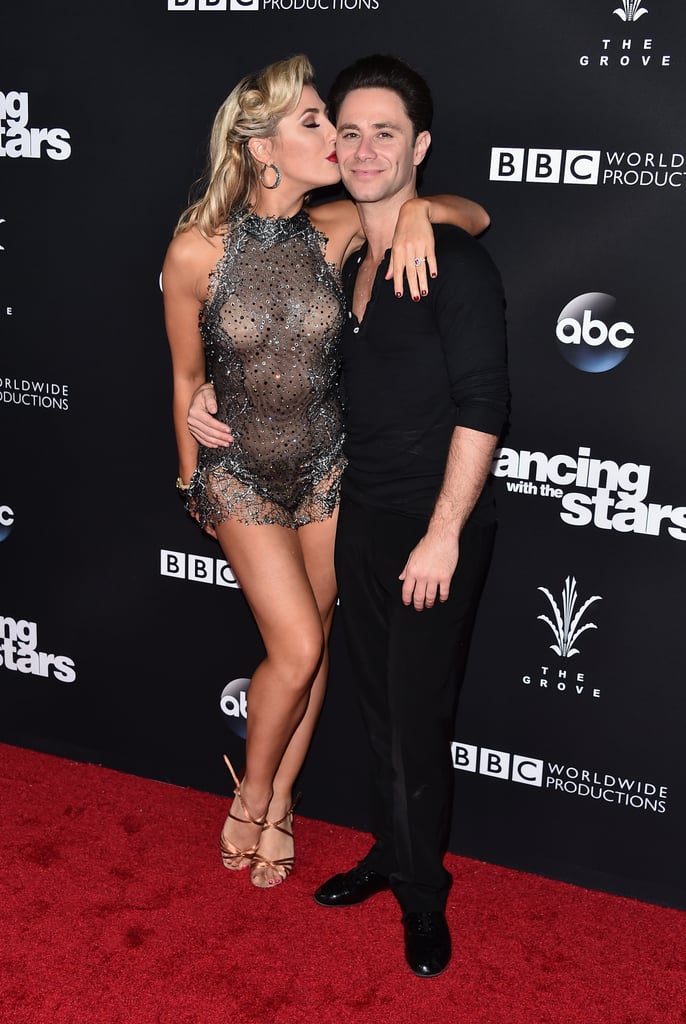 Dancing With the Stars has brought a ton of sweet couples together, and Emma Slater and Sasha Farber are no exception. The couple, who tied the knot in March 2018, first met while working on the Broadway show Burn the Floor in 2009, but they didn't start dating until two years later when they were both pro dancers on DWTS. While they briefly split in 2014, they remained incredibly close. They even continued living together after they broke up! "He's just the best person," Emma told Glamour at the time. "I don't think we're supposed to finish together. I think there are other people that might make us both individually happy, but I'm always going to be his best friend."

Even though she didn't think they would end up together at the time, they eventually reconciled in December 2015. Less than a year later, Sasha surprised Emma by getting down on one knee and proposing during their performance on Dancing With the Stars in October 2016. Talk about full circle! Look back at their sweetest moments together (both on and off the ballroom floor) ahead.

Related:
All 29 Celebrities Who Have Won Dancing With the Stars
Previous Next Start Slideshow
Dancing With The StarsCelebrity InstagramsCelebrity CouplesSasha FarberEmma Slater