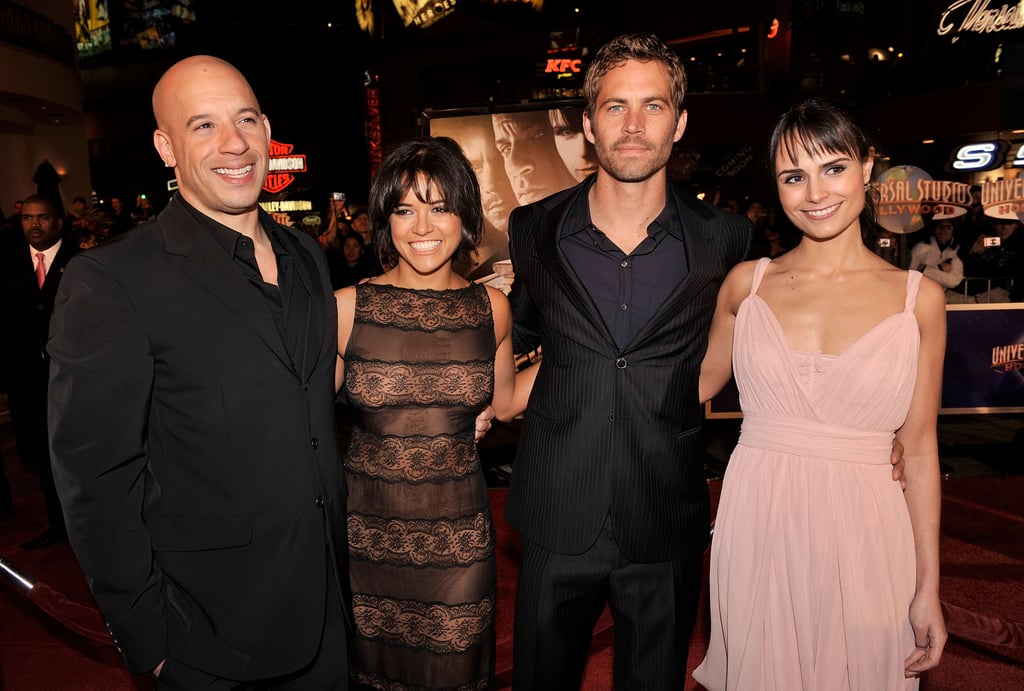 Remember when the Fast and Furious cast was one big, happy family? Dwayne Johnson was "Uncle Hobbs" to Vin Diesel's kids, and all the guys got along. Ah, those were the good old days! Sadly, the franchise has been plagued by drama following a major rift between Dwayne and Vin, and we're still unsure if Dwayne will actually be in Fast 9 (we're really hoping he is). However, there is a bright side: three spinoffs are currently in the works! Dwayne, of course, has teamed up with Jason Statham for Hobbs and Shaw, while Vin recently announced plans for a female-led version. The third has yet to be revealed. Since we're still waiting for Fast 9 to drop, we're taking a walk down memory lane and looking back at the cast's red carpet evolution.