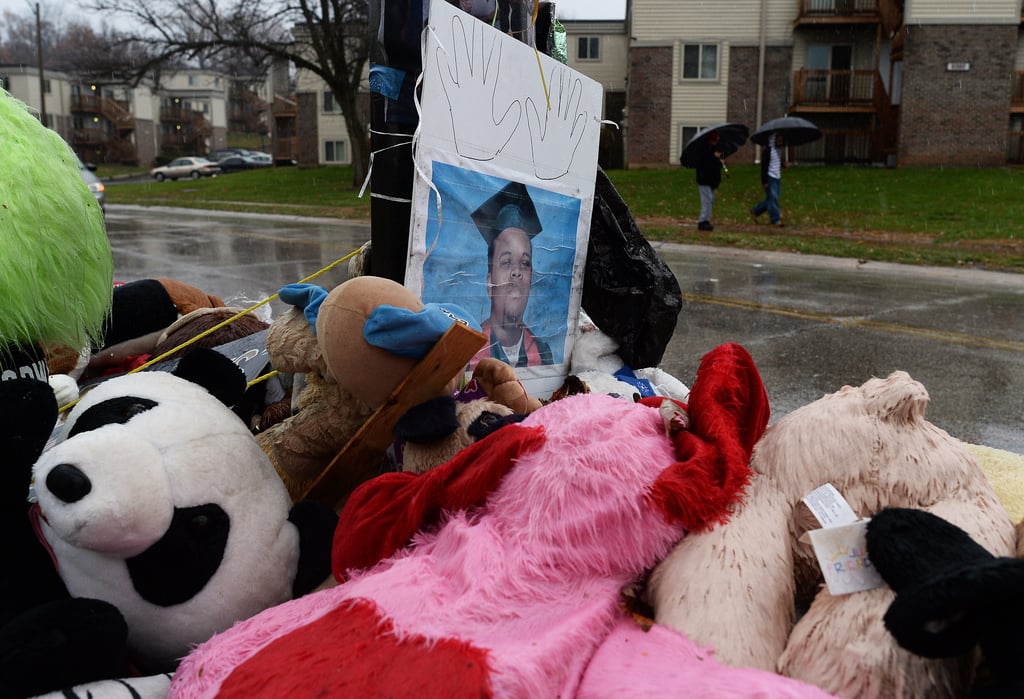 On Monday, the grand jury in Ferguson, MO, announced their decision in the case of the Michael Brown shooting, and they did not indict Officer Darren Wilson. The 12-person jury weighed in on multiple charges, including first-degree murder, second-degree murder, voluntary manslaughter, or involuntary manslaughter. It's been just over three months since 18-year-old Michael Brown was shot and killed by the police officer, and in the wake of his death, there have been several protests in Ferguson, including those throughout what was called Ferguson October, a movement organized last month to speak out against police brutality. The Aug. 9 shooting prompted a larger conversation about race and violence, and on Monday, protesters surrounded the Ferguson Police Department as they waited to hear the jury's decision. Following the announcement, Michael Brown's family released a statement, which stars like Beyoncé later shared on social media:

We are profoundly disappointed that the killer of our child will not face the consequence of his actions.

While we understand that many others share our pain, we ask that you channel your frustration in ways that will make a positive change. We need to work together to fix the system that allowed this to happen.

Join with us in our campaign to ensure that every police officer working the streets in this country wears a body camera.

We respectfully ask that you please keep your protests peaceful. Answering violence with violence is not the appropriate reaction.

President Obama also spoke after the jury's decision was announced, saying, "We need to recognize that this is not just an issue for Ferguson. This is an issue for America." He quoted Michael Brown's father and echoed his call for peaceful protests, saying, "There's never an excuse for violence." Watch his full statement below.