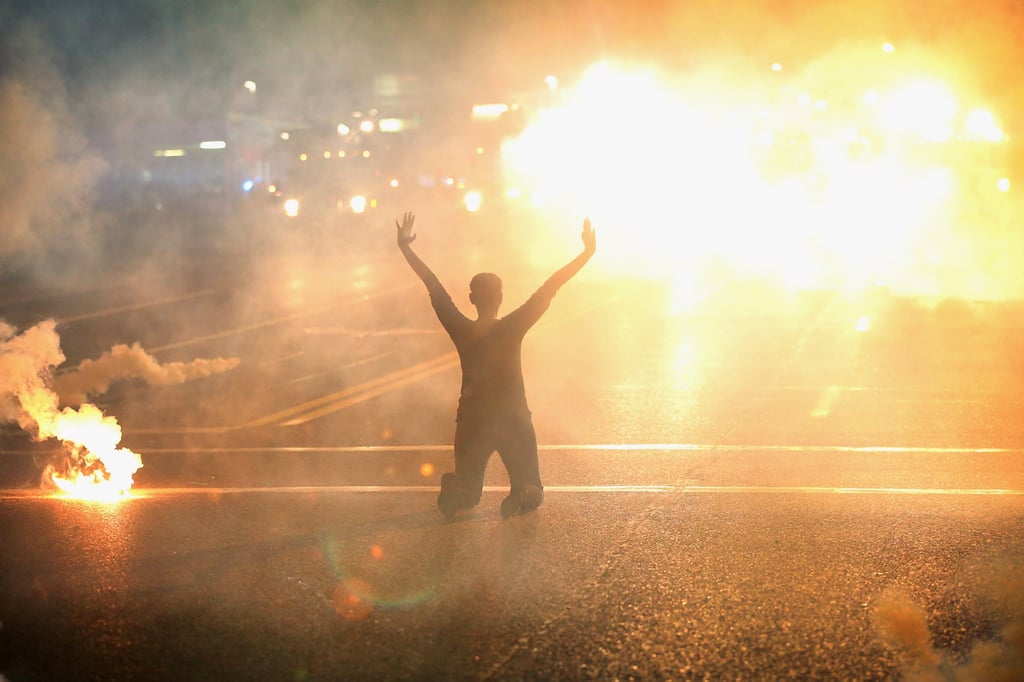 After 18-year-old Michael Brown was killed by a police officer in Ferguson, MO, on Aug. 9, protests broke out demanding justice for the teen, who was reportedly unarmed and had his hands in the air when he was shot. Demonstrators have been taking to the streets in the Missouri town since the news broke and have been largely met by police force. On Sunday night, while some residents tried to march peacefully, tear gas was used against others who reportedly threw Molotov cocktails at police. The shocking images from the scene show outraged residents, streets filled with smoke, and children among the crowds. Scroll through to see the most powerful images from Ferguson as the unrest continues.

Previous Next Start Slideshow
News
Around The Web