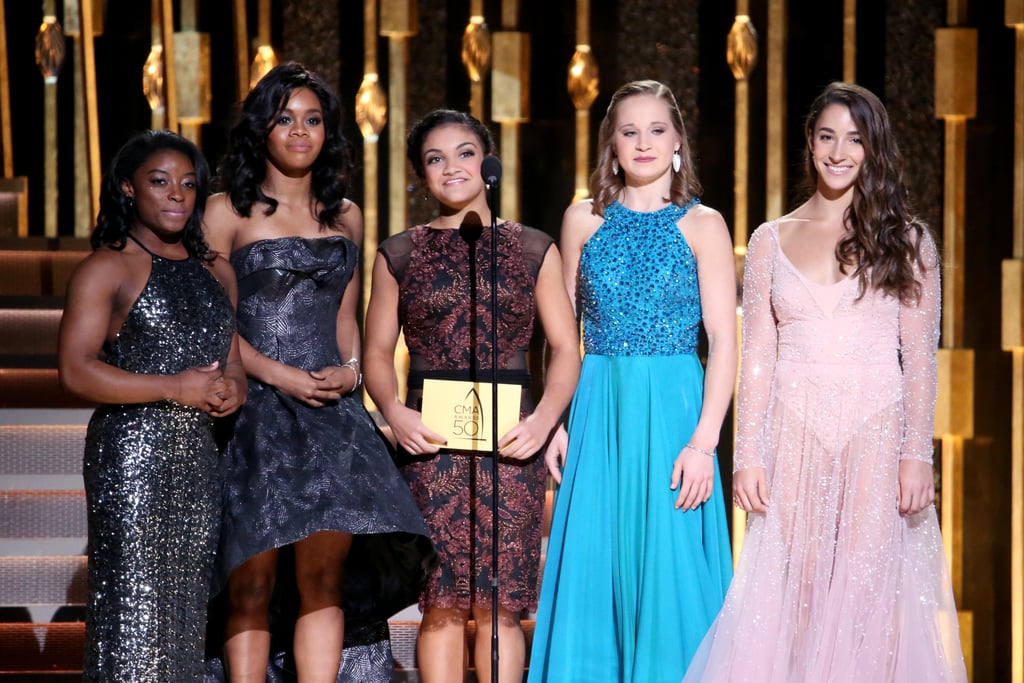 Simone Biles, Gabby Douglas, Laurie Hernandez, Aly Raisman, and Madison Kocian, better known as the Final Five, reunited at the CMA Awards in Nashville, TN, on Wednesday night. The girls were all smiles upon hitting the red carpet and showing off their stunning dresses for the cameras. Although they visited the White House and four of the girls attended the MTV VMAs in September, the event marked the group's first red carpet appearance as the Final Five since the Rio Olympics.