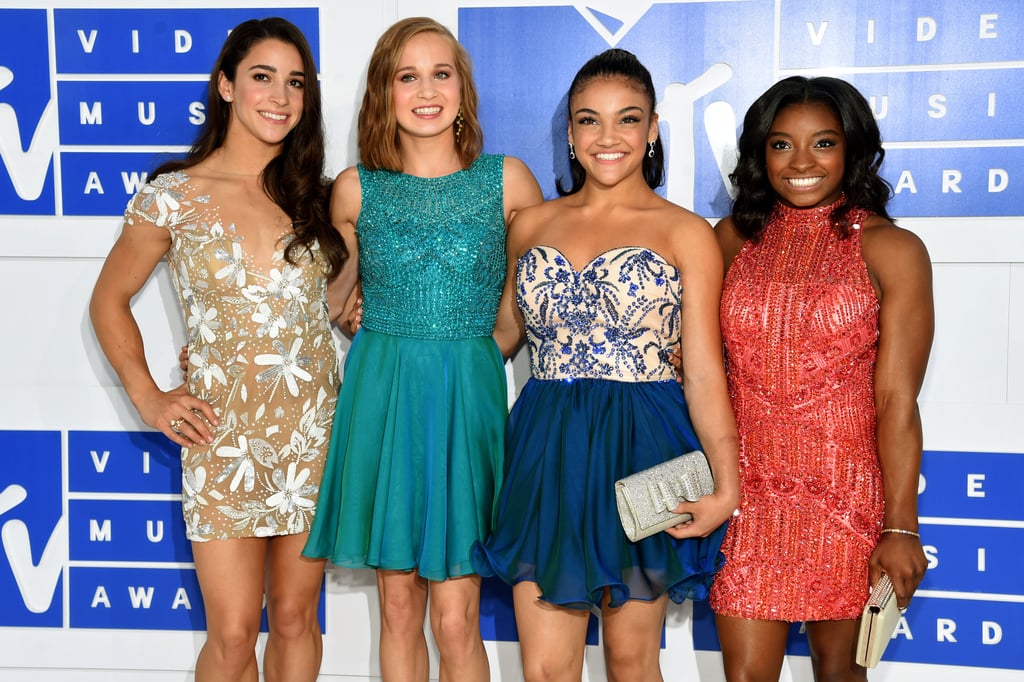 The Final Five (minus one) continued to celebrate their amazing Summer when they attended the MTV Video Music Awards at Madison Square Garden in New York City on Sunday night. Aly Raisman, Madison Kocian, Laurie Hernandez, and Simone Biles all looked stunning when they hit the red carpet together. Despite Gabby Douglas not being able to make it, the girls were all smiles as they posed together in their gold-medal-worthy dresses. Once inside, they hit the stage to present Beyoncé with the award for best female video for her hit "Hold Up."

The fun night out comes on the heels of a busy few weeks for the group. In addition to killing it at the Olympic Games in Rio earlier this month, they also showed off their abs during a beach day, played Hungry Hungry Humans with Jimmy Fallon, caught a Broadway show, and met Simone's longtime crush, Zac Efron.