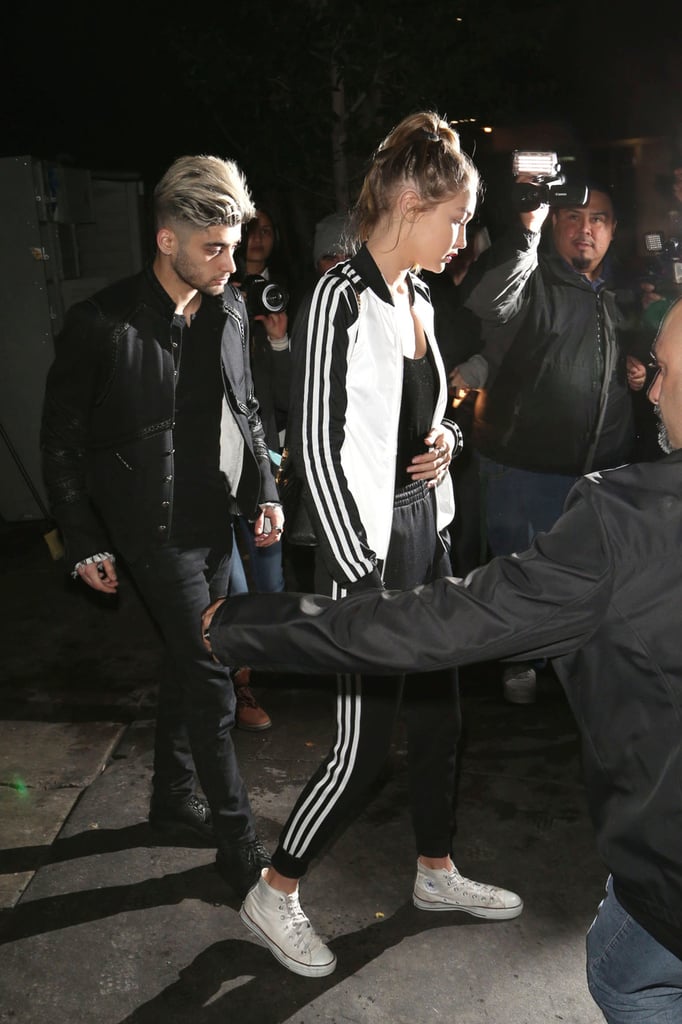 Ridiculously cool couple Gigi Hadid and Zayn Malik stepped out for a date night on Tuesday when they hit up The Nice Guy restaurant in LA. Fresh off of filming Zayn's steamy music video for his new single, "Pillowtalk," the hot-and-heavy pair looked casual and carefree as Gigi rocked an Adidas tracksuit and Zayn wore head-to-toe black. This isn't the first time Gigi and Zayn have made jaws drop since they started dating in late November, and it hopefully won't be the last. Keep reading to see more of their night, and then check out their cute date in NYC last month!

Celebrity Couples
No, Jodie Foster Did Not Set Up Shailene Woodley and Aaron Rodgers
by Grayson Gilcrease 1 day ago
Emma Stone
Emma Stone and Dave McCary Were Spotted in LA as They Gear Up For Parenthood
by Karenna Meredith 3 days ago

Keke Palmer
So, Does This Mean Keke Palmer and Styn Are Official Official Now?
by Monica Sisavat 6 days ago