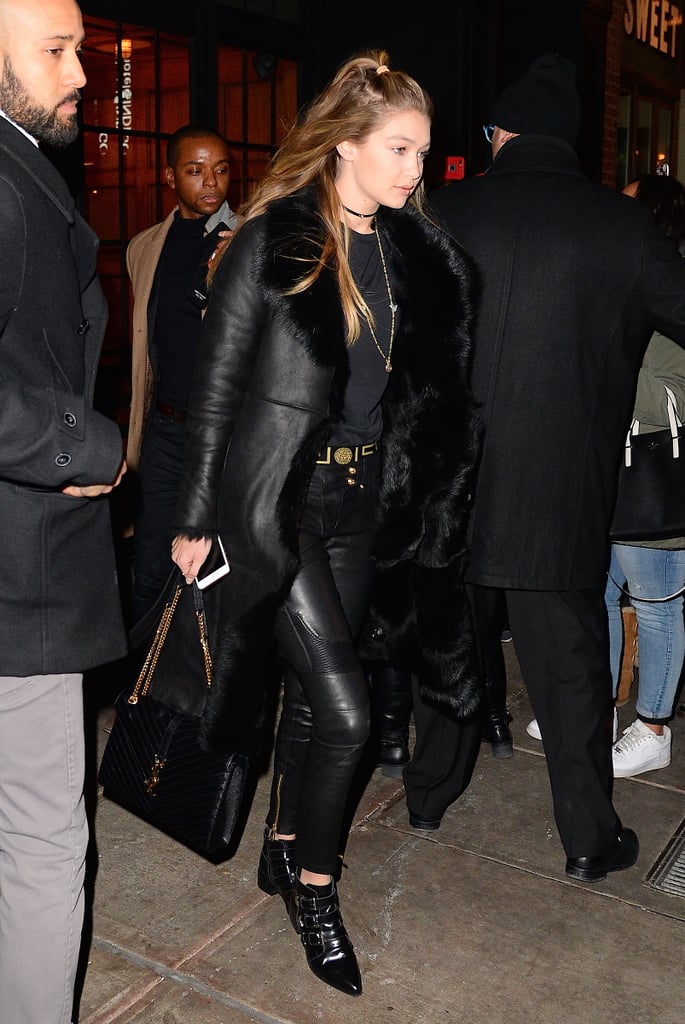 Gigi Hadid and Zayn Malik were spotted out in New York City on Tuesday night in coordinating black ensembles. The two, who reportedly began dating in November, were careful not to be photographed together. The outing comes just a few days after they were spotted looking at apartments together in the Big Apple.

The new couple have been causing a frenzy among their fans with their hot and heavy romance. While they haven't made too many public appearances yet, they certainly let their love shine on Instagram. On Sunday, Gigi posted a shirtless photo of her beau holding her kitten, Cleo, and shortly before Christmas, the former One Direction member shared a pretty cozy snap of the two. Keep scrolling to see the rest of their outing!

Jimmy Fallon
No One Makes Jimmy Fallon Smile Quite Like His Wife, Nancy Juvonen
by Kelsie Gibson 2 days ago