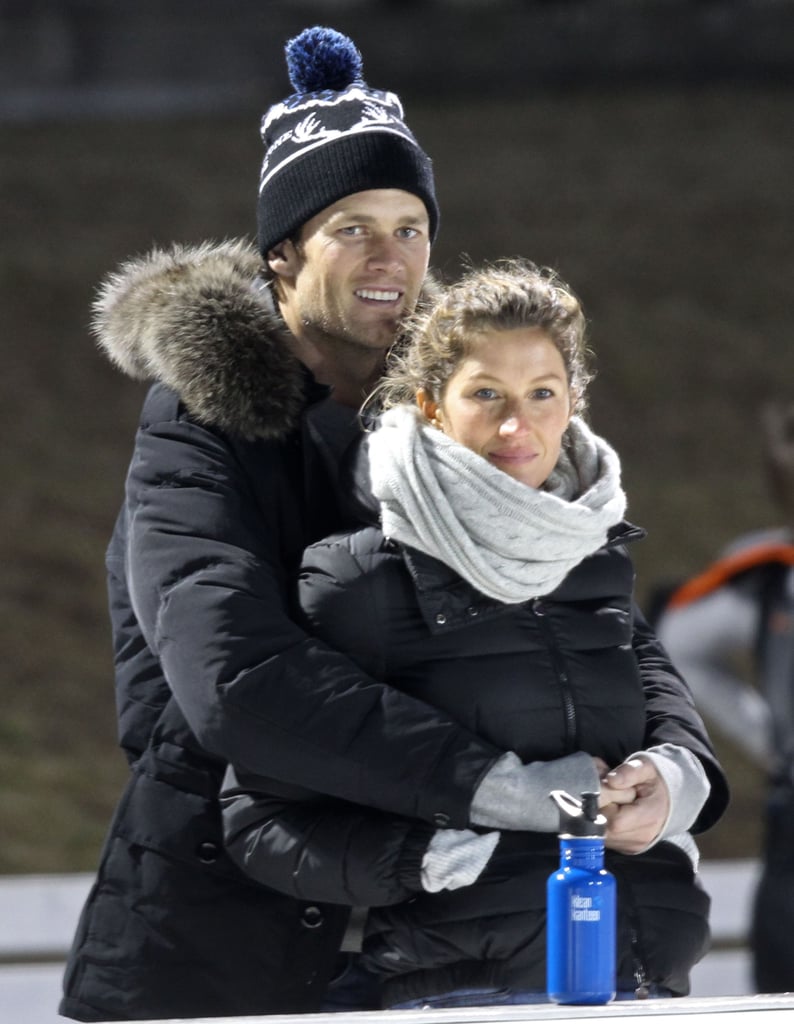 Tom Brady and Gisele Bündchen did their best to stay warm during son Benjamin's hockey game in Boston on Sunday. The couple cuddled up together while watching and cheering for the 6-year-old and were joined on the sidelines by Tom's sister Nancy and her husband, Steve Bonelli. Tom is likely enjoying quality time with his family now that his NFL season is over: his New England Patriots were beat out by the Denver Broncos for a chance at this year's Super Bowl, but he had the support of his stunning wife and adorable kids after the loss. Gisele shared a sweet photo of Tom in a loving embrace with Benjamin and daughter Vivian following the championship game, writing, "I can't handle it, so much love!" Keep reading to see Gisele and Tom's cold-weather PDA.