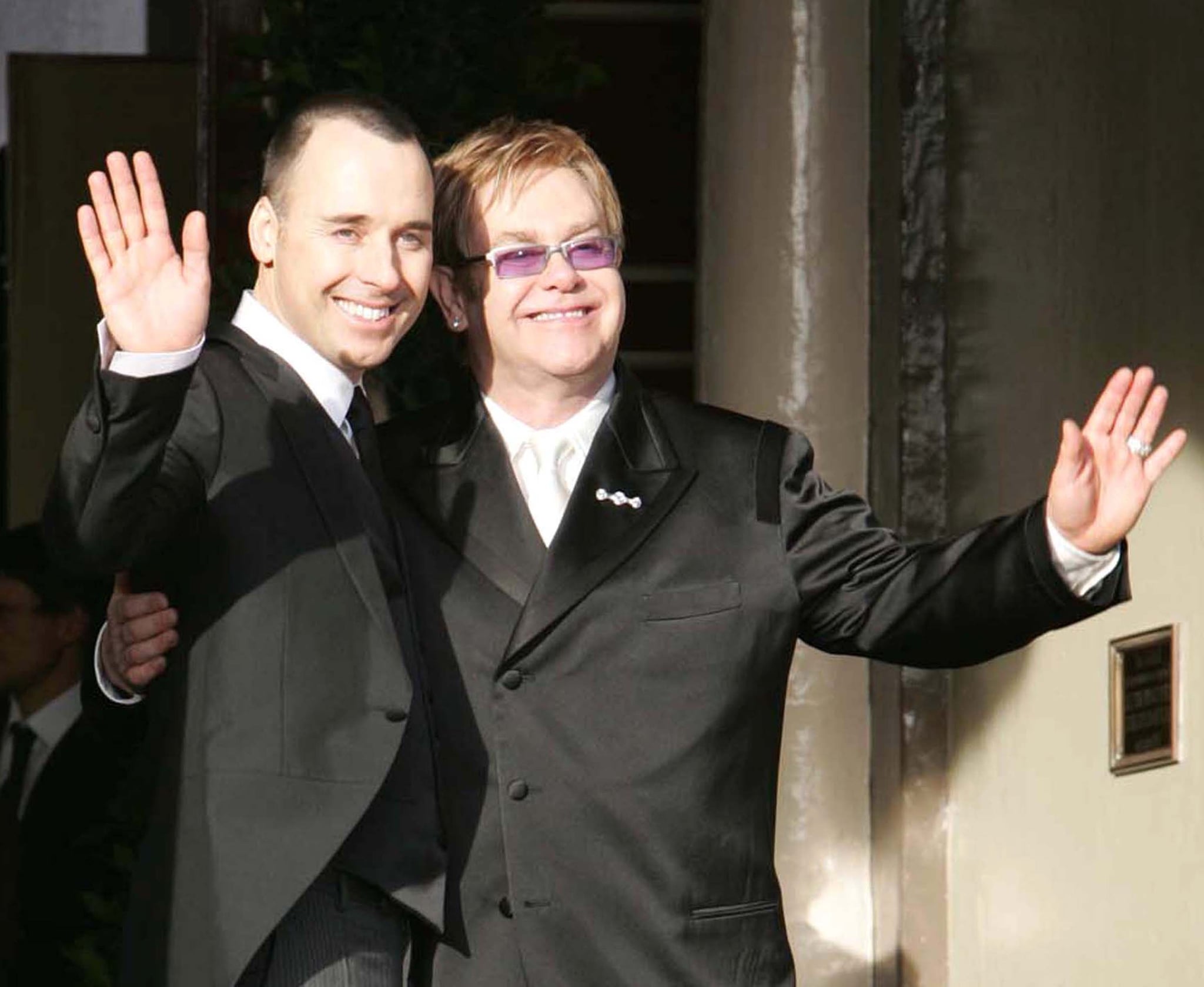 The fantastical musical Rocketman depicts a semibiographical account of the early life of music icon Elton John. Over the course of the movie, we're introduced to versions of some of the defining figures in John's life, from his frustrating parents to his first boyfriend and manager to his wife (yes, his wife) and, of course, his lifelong writing partner, Bernie Taupin. Because the film only covers the early days, though, one of the most important people in John's life doesn't feature at all: his husband, David Furnish.

Furnish, who grew up in Canada, was an ad executive who left behind his life at home to explore new horizons — including his sexuality, which he took some time to come to terms with.

"I'd had such a positive experience at home, I wanted to live up to that ideal. But I couldn't do it. I had a lot of failed relationships, a lot of unhappiness, a lot of shame and embarrassment, bad self-image stuff. I had to get away," Furnish told The Observer in a 2001 interview.

Because of that move, though, Furnish was available in 1993 when a friend of John's was assembling a new group of people for a dinner party. According to the Observer interview, Furnish was so wary that the evening would turn out to be boring that he refused the offer of a chauffeured car, preferring instead to drive himself so he could make a quick escape. Instead, he met the love of his life.

Related:
8 Moments in Elton John and David Furnish's Relationship That Will Melt Your Heart

In a 2010 interview with Parade, John admitted that their relationship progressed pretty quickly after their first meeting — as in, the very next day.

"I was attracted to David immediately. He was very well dressed, very shy. The next night we had dinner. After it, we consummated our relationship. We fell in love very quickly." Although they were committed to each other very quickly, it wasn't until 2005 that they could legally enter a partnership in the UK. But on Dec. 21, 2005, the very same day that the Civil Partnership Act began to apply, they were one of the first same-sex couples in the country to enter a civil partnership. After gay marriage was legalized in 2014, they wed on their ninth wedding anniversary, Dec. 21, 2014. They have two sons, Zachary and Elijah, and continue to work together on a variety of causes and projects, including Rocketman. From the chaos of John's early life, he's long since settled down and been fortunate to find a lifelong partner and a great love.