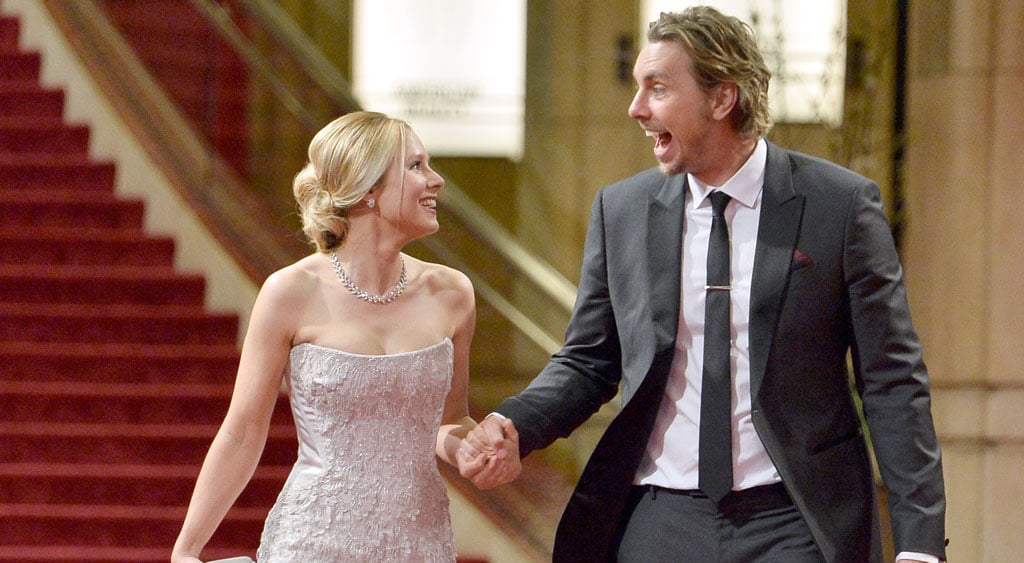 Kristen Bell and Dax Shepard have been an adorable duo for years, but believe it or not, things weren't always so sweet between the two. The couple, who tied the knot in 2013 and are parents to daughters Lincoln and Delta, first met in 2007 at a birthday dinner for mutual friends. While you would probably assume it was love at first site based on their chemistry, it was actually the opposite. Kristen revealed that their meeting was "not electric," while Dax admitted he was freaked out by Kristen's bubbly personality. "When I met her and her friends, I was suspicious of their unbridled happiness," he previously told Good Housekeeping magazine. "I thought, 'Something stinks here; they're in a cult.'"

But just two weeks later, they ran into each other again while out with friends, and Kristen said "it was on" from that point. "2 weeks later I saw him at a hockey game and he asked for the gum in my mouth," Kristen revealed on Instagram. "I was like HELLO . . . truly, his first text to me was: 'Hi. My name is Dax. I violated your privacy and got your number from Shauna. How do you feel about that?' And I thought . . . what the hell? This kid is sassy." Thank God for fate!

Celebrity News
Chrishell Stause Calls Out PCAs For Not Allowing Her to Bring G Flip: "I Was Fighting to Get Them In"
by Njera Perkins 4 hours ago

The Royals
Prince Harry Jokes About His and Meghan Markle's NYC "Date Night": "We Don't Get Out Much"
by Noelle Devoe 5 hours ago