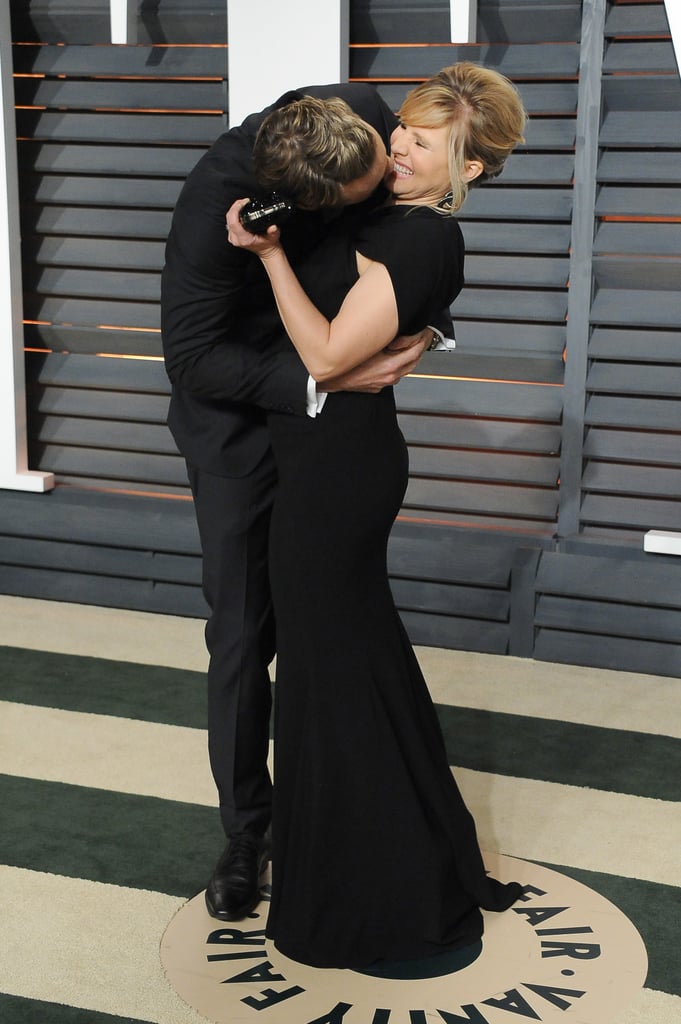 The pair first got together in 2007 after meeting at a birthday dinner. Kristen admitted that it was "not electric," and Dax went on to reveal that he was wary of her at first. "When I met her and her friends, I was suspicious of their unbridled happiness," he told Good Housekeeping magazine. "I thought, 'Something stinks here; they're in a cult.'" Two weeks after meeting, they ran into each other again while out with friends, and Kristen says "it was on" from that point.

Pete Davidson
3 Suitors Phoebe Dynevor Has Been Linked to — and No, Regé-Jean Page Isn't on the List
by Emily Weaver 16 hours ago

Celebrity Instagrams
In Case You Forgot, Brenda Song and Macaulay Culkin Have Been Together Since 2017
by Monica Sisavat 1 day ago