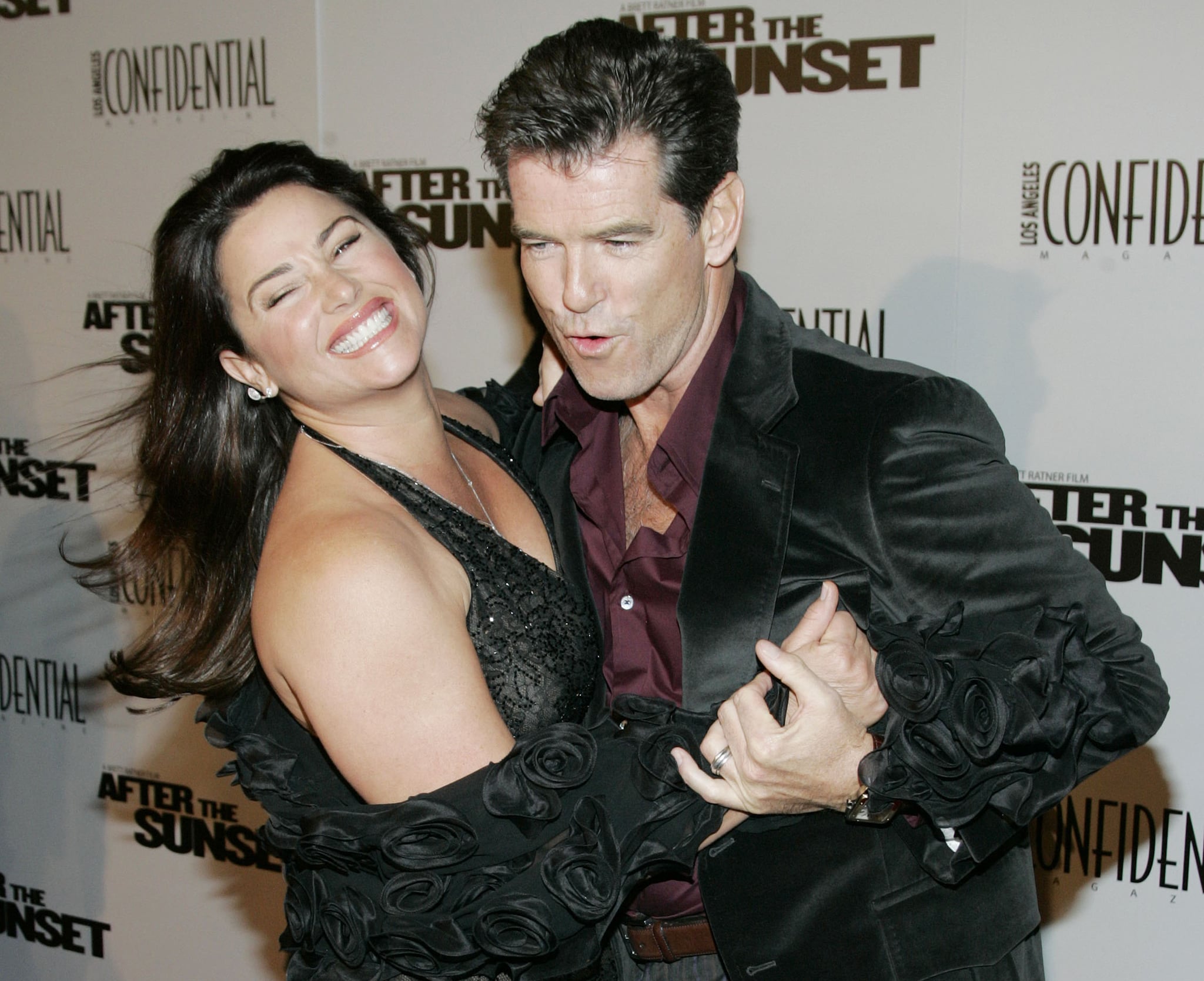 Pierce Bronsan and Keely Shaye Smith will be celebrating 17 years of marriage in August, but the couple have been making us swoon over their romance long before then. Pierce and Keely began dating in 1994, and the story of how they met is actually very similar to that of his Mamma Mia! costar Meryl Streep and her husband, Don Gummer. Pierce lost his wife of 11 years and the mother of three kids, Cassandra Harris, in 1991, and three years later, he met Keely while she was working as a TV correspondent at a party in Cabo San Lucas, Mexico. Keely was sent to interview Ted Danson and ended up connecting with Pierce instead. "He was captivating," Keely told People in 2001. "Tall, dark and handsome, everything that everybody would immediately be attracted to. He had this mischievous sparkle in his eyes. I thought, 'Wow! Wow!'"

Related:
Pierce Brosnan Gives Himself the Best Birthday Gift by Making Out With His Wife in Hawaii

Pierce and Keely had their first date days later. They "sat down under the stars and he held my hand. There were fireworks going off over our heads, and Kenny Loggins was singing. We talked until three in the morning," Keely revealed. "I understand why women find him sexy, because he is an appealing man. He really likes and appreciates women." And the feeling was mutual. Pierce also told People that he couldn't get enough of Keely when they first got together. "Wherever I went in the world I missed her, and I'd send her tickets to come so we could be together. We just seemed to fit," he said. "I found a great woman in Keely Shaye. Not if I searched a million times over would I find one as good." Pierce and Keely later welcomed their two sons, Dylan and Paris, who joined Pierce's other kids, Chris, Sean, and late daughter Charlotte.

Khloe Kardashian
What to Know About Michele Morrone, the "365 Days" Star Recently Spotted With Khloé Kardashian
by Njera Perkins 11 hours ago