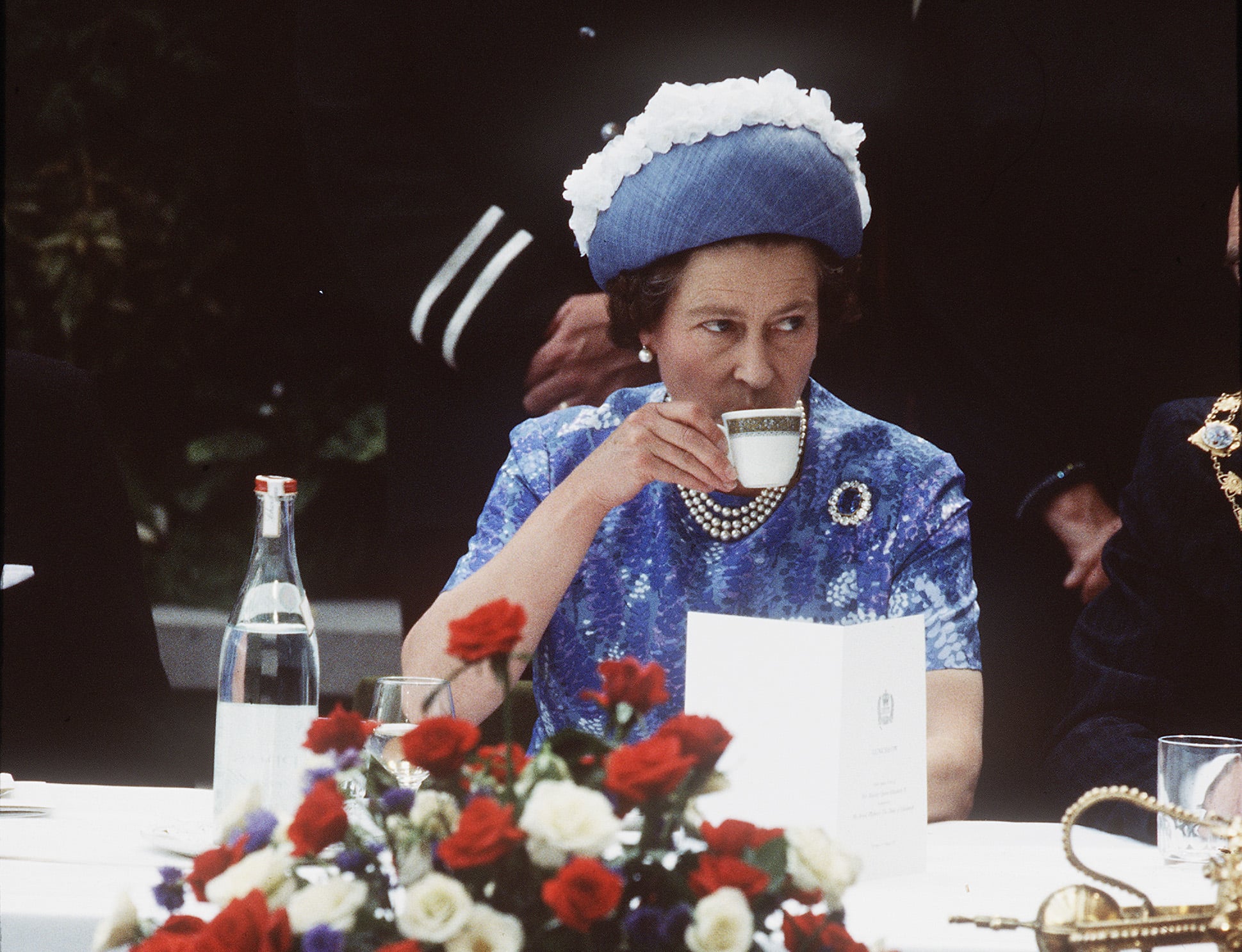 The only thing more British than a nice cup of tea is the queen herself. If you're curious about how, exactly, Queen Elizabeth takes her tea, we've got some answers for you. As it turns out, while the royals are fairly particular about their tea and the way in which it is served, they're not tea snobs — the queen's favorite tea is actually a pretty common one, but the etiquette of preparing and serving it is where things get very specific.

Back in 2018, Hello! had an interview with Grant Harrold, a former royal butler who served in Prince Charles's household. Harrold revealed that the royals follow a long-standing etiquette tradition: pouring hot tea first, followed by milk, not the other way around. And teabags? Never to be seen at the palace! It's traditional loose-leaf tea, brewed in a teapot, for the queen.

"I am sure the Queen enjoys her Assam or her Earl Grey the traditional way, made with tea leaves in a teapot and poured into a fine bone china teacup. She will also use a strainer. It is also a myth that members of Royalty use their pinky when drinking, I have never seen that happen once," Harrold said.

Harrold also explained the reasoning behind the seemingly arbitrary requirement of pouring tea first and then adding milk, rather than starting with the milk. It's a tradition that dates back to the 18th century and, apparently, has its roots in good old-fashioned aristocratic elitism. For many years, the tradition for all classes was to pour milk into teacups first, because most cups would crack when brought into contact with undiluted hot tea. However, when Josiah Spode developed his line of bone china cups, they became increasingly popular for being resistant to that particular problem. The high-quality china was too expensive for the masses, though, so the lower classes continued the old way of preparing tea, while the wealthy and titled were able to shift to pouring tea first to show off their high-end china.

There's even a very specific way to prepare a cup of tea for the queen, Harrold revealed: "Pour the tea into the cup from a teapot, add milk to the cup after the tea and never before, stir back and forth (never use a circular motion and never touch the sides). Lastly, you should always sip from the cup and never slurp."

The queen apparently is quite particular about what specific tea she drinks most of the time. Former royal chef Darren McGrady told Taste of Home that her majesty drinks Twinings Earl Grey tea (with a bit of milk and no sugar). Reportedly, she even travels with a stash of her favorite tea so she can enjoy it far from home! The Twinings brand has been officially supplying the royal family with tea since 1837. For afternoon tea, she's likely to have another cup of Earl Grey or, on occasion, a cup of Darjeeling. We're not surprised at all that the queen is so particular about this very British tradition!