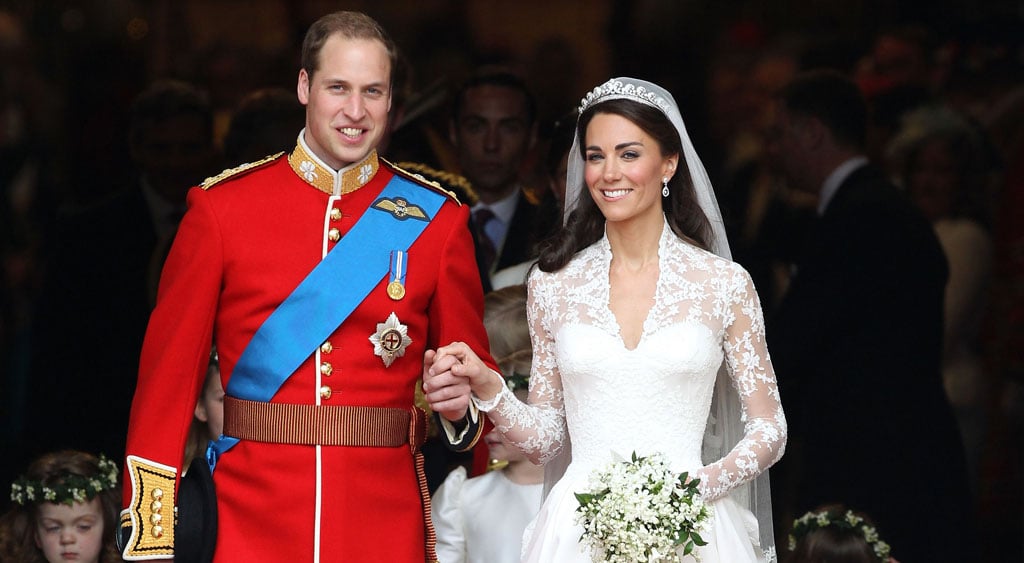 Kate Middleton and Prince William will celebrate their sixth wedding anniversary on April 29, and to ring in the special occasion, we're looking back at just how big their nuptials were. The royal wedding was complete with a handful of amazing moments, celebrity guests, and frame-worthy photos (remember their sweet kiss on the balcony of Buckingham Palace?). It was one of those days where you probably remember exactly what you were doing when you watched Kate walk down the aisle (if you were in America, you might have still been sleeping). The wedding seemed to be the only thing the world could talk about, and the staggering amount of people that tuned in or showed up back up that fact. We've broken down the royal wedding numbers into three simple categories to show the scope of Kate and Will's big day. Check them out below, and then get excited for Pippa Middleton's wedding with these fun facts.