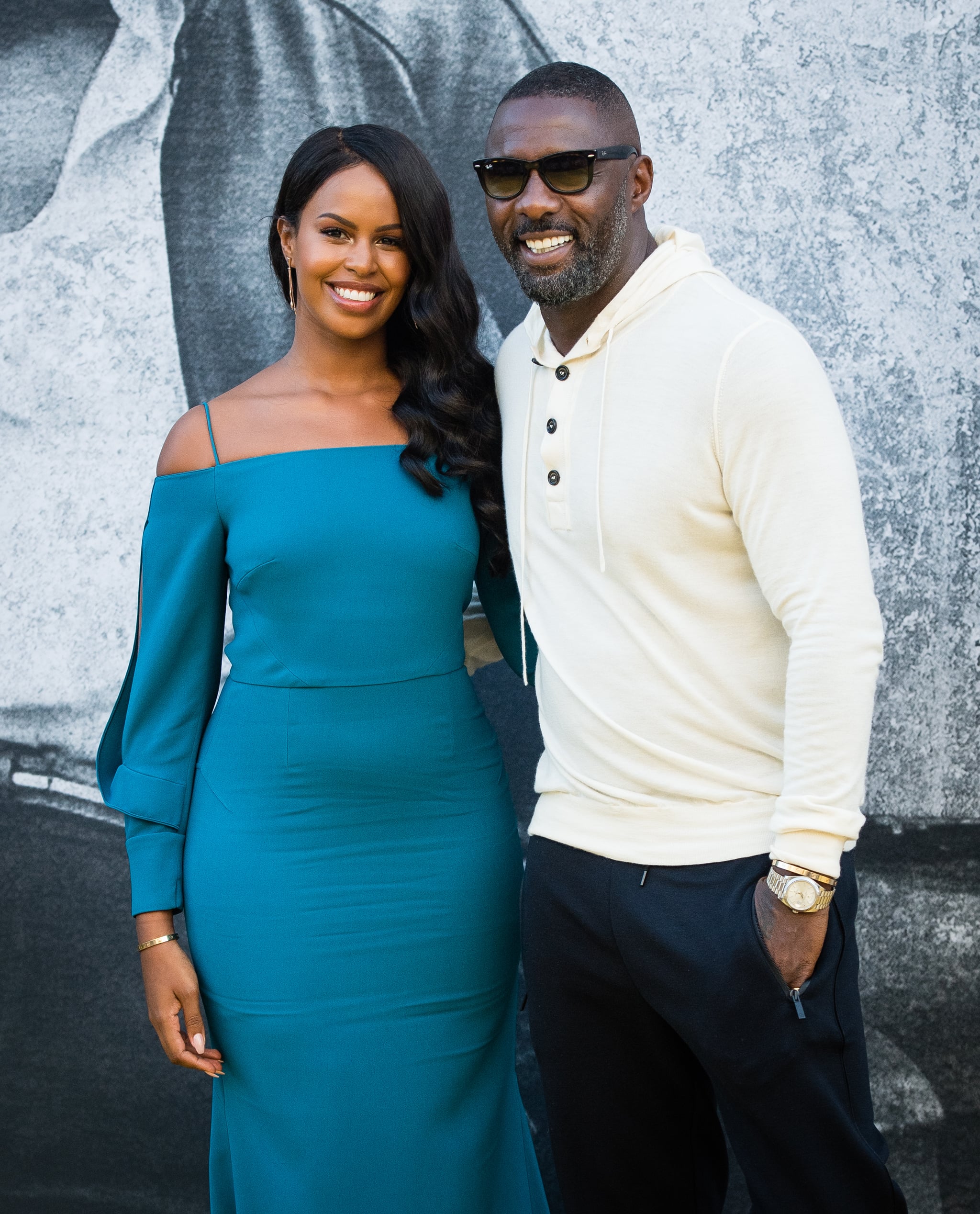 Congratulations are in order for Idris Elba! On April 26, the 46-year-old actor officially married girlfriend Sabrina Dhowre. The couple exchanged vows and said their "I dos" at the Ksar Char Bagh hotel in Marrakesh, Morocco. During the gorgeous ceremony, Sabrina dazzled in an off-the-shoulder white gown before later changing into an embroidered lace dress with pearl and gemstone embellishments. Meanwhile, Idris looked dapper in a custom-made black suit and tie.

According to British Vogue — which will feature photos from the wedding in its July issue — the festivities have been spread out over the course of three days. The day before the wedding, the duo enjoyed a rehearsal dinner with guests at the Amanjena hotel. "There was a huge festive party with camels and fire dancers and dancing," one source told People. On April 27, they will attend an all-white party to keep the celebrations going.

Idris first started secretly dating Sabrina around March 2017 before he popped the question at a London screening of Yardie — the film that marked Idris's directorial debut. Since then, they've given us some of cutest moments on the red carpet and social media. Cheers to the happy couple!

Adele
Adele and Her Boyfriend, Rich Paul, Turn the Grammys Into a Glamorous Date Night
by Monica Sisavat 9 hours ago