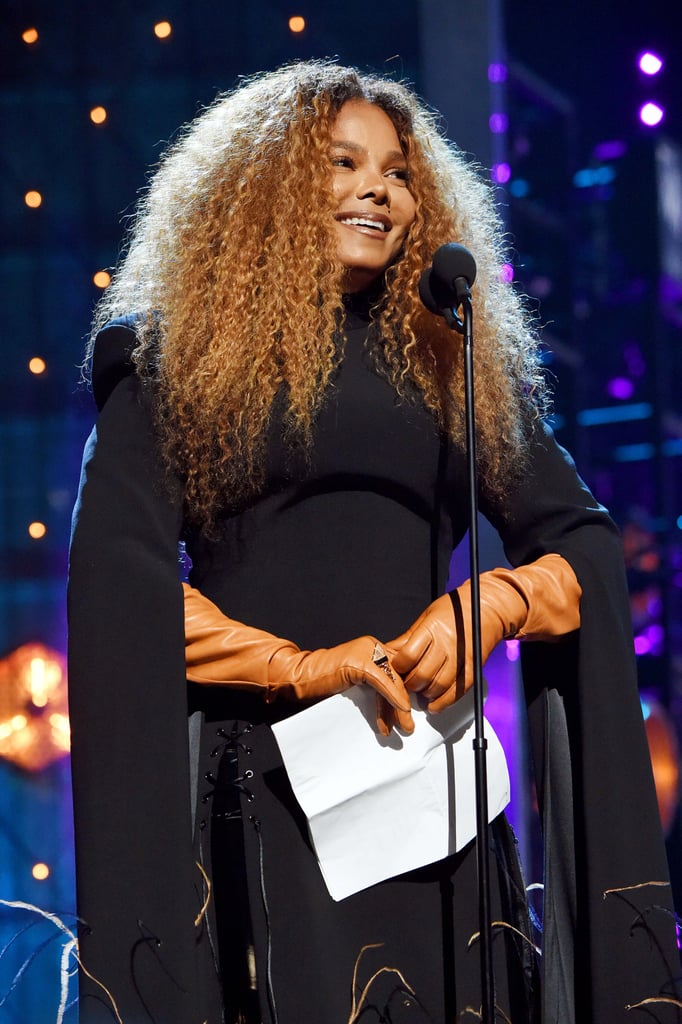 Janet Jackson received the high honor of being inducted into the Rock & Roll Hall of Fame on Friday night. At the NYC ceremony, singer Janelle Monáe introduced Janet, calling her "the legendary queen of black girl magic." Janet then took the stage to accept the accolade and deliver a rousing speech about her journey, as well as her hopes for the Rock & Roll Hall of Fame's future. "When I was a kid, my dream wasn't to be a singer. I wanted to go to college, and I wanted to be a lawyer," the 52-year-old singer revealed. "It was my father's dream. He wanted me to become this wonderful performer." She also reminisced on what it was like watching her brothers from The Jackson 5 get inducted by the Hall of Fame in 1997.

Janet — who has a handful of multiplatinum albums including 1986's Control, 1989's Rhythm Nation 1814, and 1993's Janet — then went on to thank her all of her fans. She also gave her 2-year-old son, Eissa (whom she shares with businessman Wissam Al Mana), a shout-out before ending her speech with a powerful call to action. "Rock & Roll Hall of Fame, please, 2020: induct more women," Janet said. "Thank you so much for this honor. I love you so much."

In addition to becoming a Rock & Roll Hall of Fame inductee, Janet is gearing up for her Vegas residency, which will kick off on May 17. And you can definitely expect her to bring all of the immersive rock, pop, and R&B vibes that make her such an icon. Until then, watch Janet's full speech before checking out more pictures from her induction night ahead!

Related:
20 Janet Jackson Video Moments That Are So Hot, You'll Have to Turn Up the AC to Max
Previous Next Start Slideshow
Janet JacksonMusicUnstoppableCelebrity Quotes