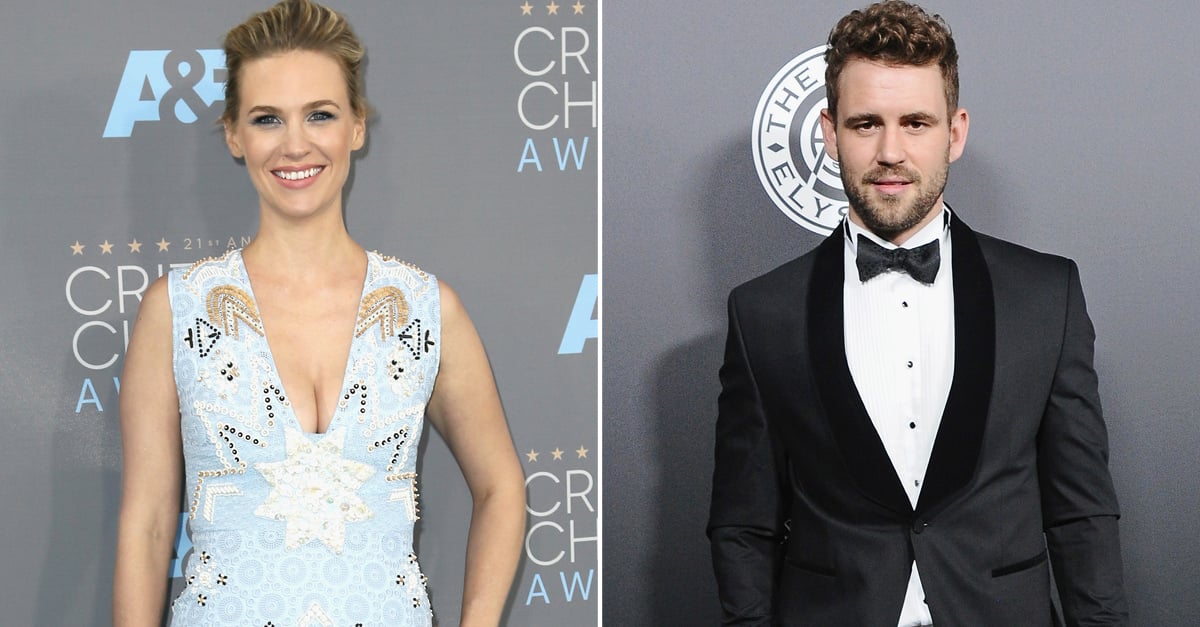 January Jones is off the market! According to Page Six, the Mad Men actress is dating former Bachelor star Nick Viall. "They've been dating for about two months," a source told the publication. "She went on The Late Show in mid-November and said Nick had reached out to her and tried to get her to lip-sync battle with him. She declined, but then he asked her out to a drink and she accepted. They've been seeing each other since." January also had Nick by her side as she rang in her 40th birthday this month. The 37-year-old was previously engaged to Vanessa Grimaldi after meeting during the 21st season of The Bachelor, but they split last August, while January, who is mom to 6-year-old son Xander, was previously linked to Will Forte.