Jennifer Aniston was all smiles when she was spotted leaving BFF Courteney Cox's home in Beverly Hills on Tuesday night. Jennifer kept things casual in ripped jeans and a black coat, but noticeably missing from her left hand was her wedding ring.

Jennifer and Justin Theroux announced that they're separating after two years of marriage in February, saying that their decision to split "was mutual and lovingly made at the end of last year." The same day that Jennifer's rep released the couple's breakup statement, the actress was photographed arriving at a film studio in LA. Jennifer has reportedly been leaning on her friends for support, while Justin, on the other hand, has stayed out of the spotlight for the most part. Over the weekend, Justin broke his silence on Instagram to document his recent visit to the Austin Pets Alive! shelter in Texas.

Schitt's Creek
Bust Out the Fruit Wine! The Schitt's Creek Cast Had a Sweet Reunion at the Emmys
by Monica Sisavat 2 days ago 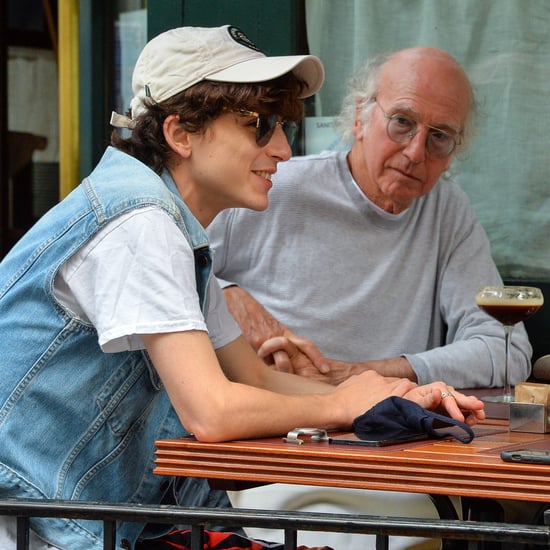