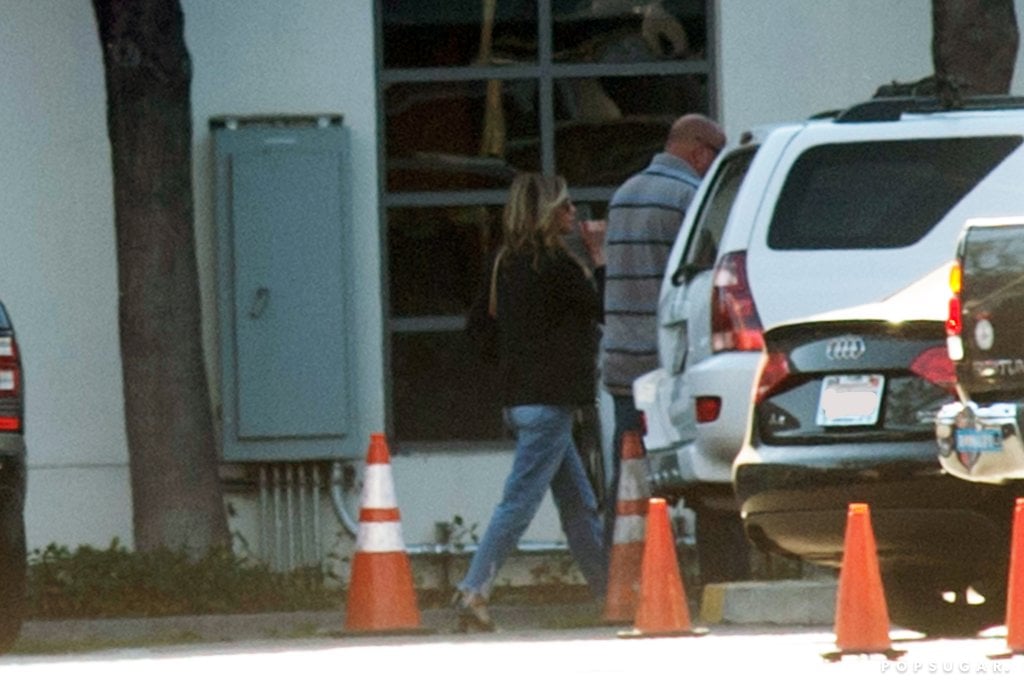 Jennifer Aniston and Justin Theroux announced their separation on Thursday afternoon, and shortly after the news broke, the actress was photographed arriving at a film studio in LA. Jennifer kept a low profile in jeans and sunglasses.

In a statement shared with POPSUGAR by Jennifer's publicist, Stephen Huvane, the couple revealed that their decision to end their marriage "was mutual and lovingly made at the end of last year," but it also seems like long distance played a factor. According to ET, Jennifer prefers the West Coast, while Justin "prefers being in [New York] and that's been a major issue for them for a long time."

Jennifer and Justin first struck up a romance after reconnecting on the set of Wanderlust in 2010 and tied the knot five years later. Their last public appearance together was at Jason Bateman's Hollywood Walk of Fame ceremony in July 2017, though they did celebrate the New Year with their annual trip to Mexico.

Related:
It Took About 5 Seconds For People to Wonder If Jennifer and Brad Will Get Back Together
Image Source: The Image Direct
Jennifer AnistonCelebrity Breakups