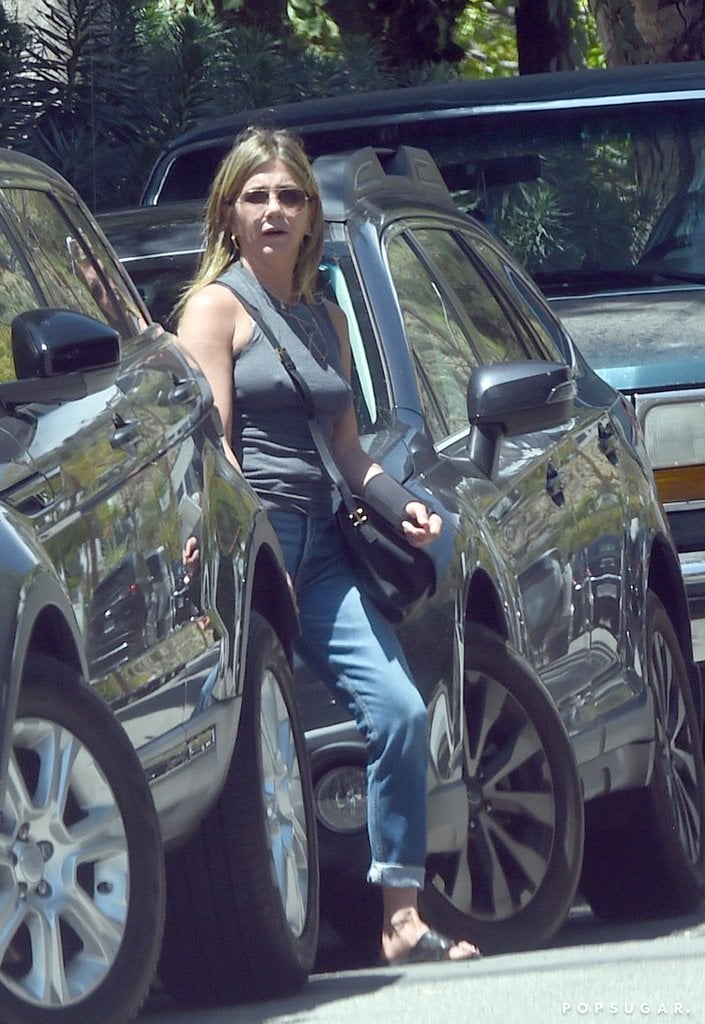 Jennifer Aniston and Justin Theroux famously announced their separation after two years of marriage in February. Since their split, Jennifer and Justin have reportedly "rarely spoken" and have managed to avoid any potentially awkward run-ins, seeing as Jennifer has been living in LA and Justin has been spending most of his time on the East Coast. However, the former couple almost reunited at Billy Kimmel's first birthday party in LA over the weekend.

"Jennifer got there around 12:15 p.m. She arrived with a girlfriend and was wearing the hand brace on her left hand," Us Weekly reported. "As she arrived to Jimmy's house, Justin was seen leaving. Justin spent about 40 minutes at the party. Jennifer left around 2 p.m. Justin was in and out and acted totally normal. Jen did look a bit nervous. They didn't see each other."

Justin also shared a cute Instagram album of him and Billy to commemorate the special milestone. "Happy ONE year birthday Billy! 🎂," Justin wrote. "A boy who in 365 days has done more for American national health care than we could all wish to do in our lifetimes."

Whew! That was a close one.