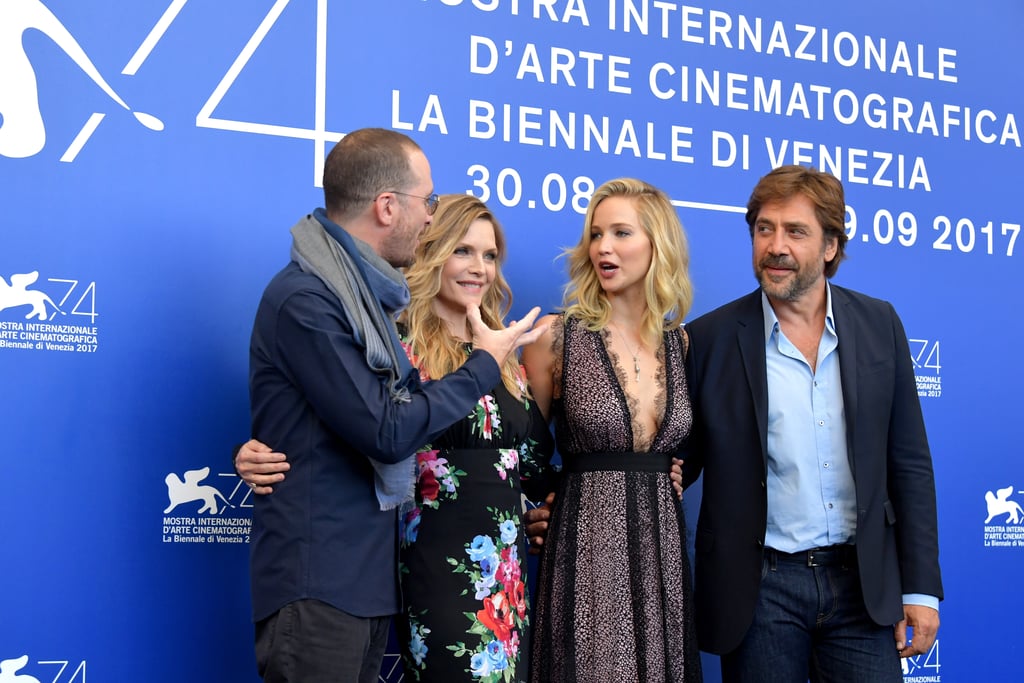 Jennifer Lawrence arrived at the Venice Film Festival this week to promote her upcoming psychological thriller, Mother!. The 27-year-old actress was seen leaving the airport with her boyfriend — and the director of the film — 48-year-old Darren Aronofsky. Jennifer then attended a press conference with fellow cast members Javier Bardem and Michelle Pfeiffer.

Though the couple have been photographed together in the past, the star-studded event marks their first official red carpet appearance. As they continue to promote Mother! leading up to its release on Sept. 15, it's likely that they will attend plenty of events together. That being said, they kept it pretty professional at the Venice Film Festival and didn't pose directly next to each other — leaving Michelle hilariously stuck in the middle.