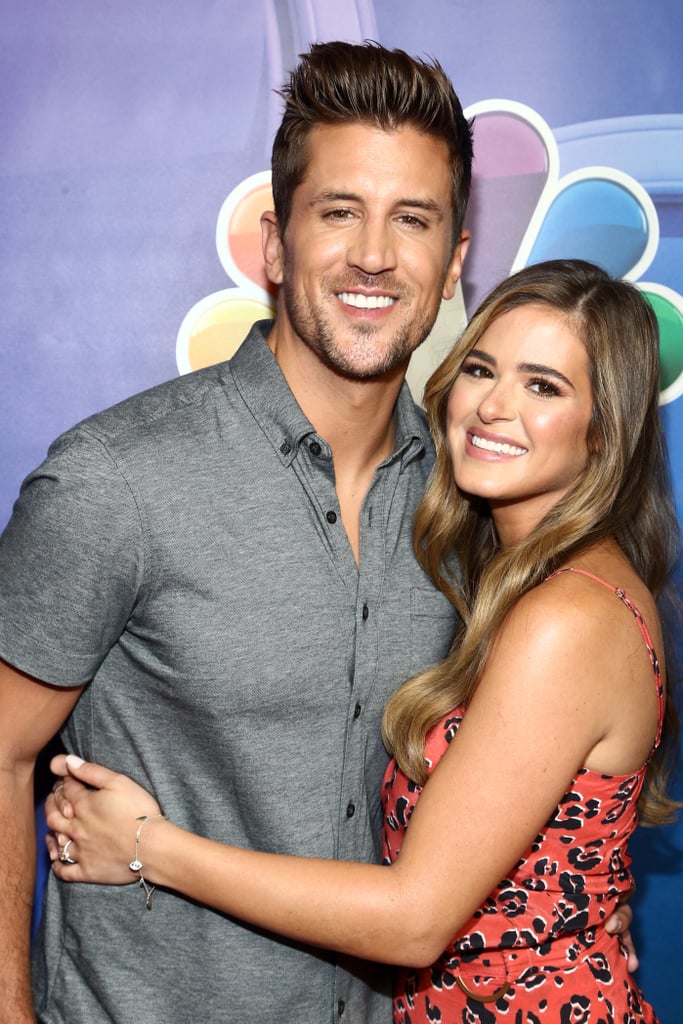 After previously getting engaged three years ago on The Bachelorette, JoJo Fletcher and Jordan Rodgers have done it all over again. The couple was looking at wedding venues over the weekend — oh, the irony — when Jordan proposed to JoJo once more with a new ring. Jordan explained on Instagram, "I always wanted to re-propose, with no cameras, no producers, no drama . . . just us."

So, what about that onscreen proposal? JoJo and Jordan both emphasized how their engagement on The Bachelorette was very real, however, it was also "totally unconventional," JoJo said on Instagram. The reality star also went on to explain how she and Jordan faced hardship in the early days of their engagement following the show. "Times were not always easy," she said, "but we stuck by each other and worked every day towards our relationship."

"This time was all YOU."

Now, three years later, JoJo is considering Jordan's gesture as a renewal of their original proposal. "The show brought us together and set us up for a truly amazing proposal the first time around, but this time was all YOU. And that means everything and more to me," she said.

As for the 3.5-carat Neil Lane ring Jordan proposed with on the show, they'll be keeping it for sentimental value or perhaps as a future family heirloom. See JoJo and Jordan's sweet engagement announcements ahead, as well as a close-up shot of her new ring.