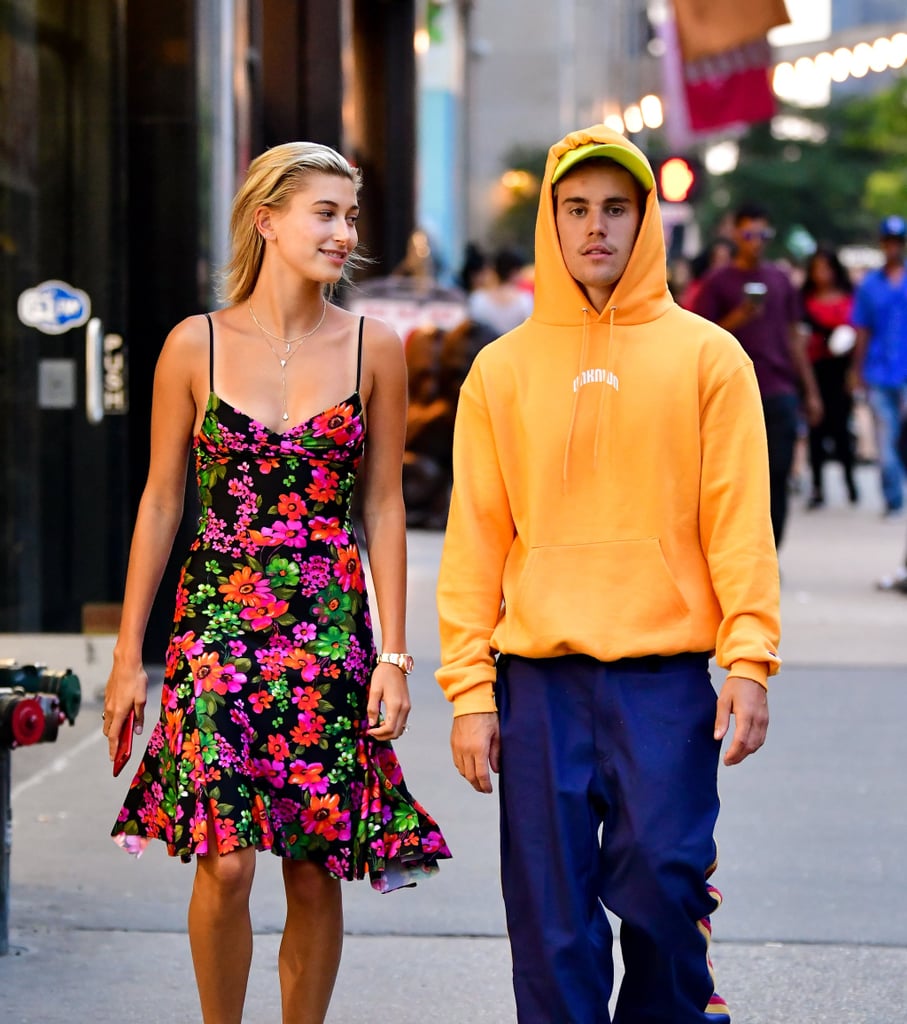 Update: According to Hailey Baldwin, she and Justin Bieber haven't gotten married just yet. Shortly after the news broke, Hailey cleared up the speculation on Twitter.

I understand where the speculation is coming from, but I'm not married yet!

However, People is reporting that the couple did indeed tie the knot in a civil ceremony on Thursday. "[Hailey] feels a civil ceremony and their real wedding are two separate things," a source said. "What happened at the courthouse is a courthouse thing — a legal thing. But marriage is two people making a vow before God and the people they love." TMZ is also reporting that Hailey and Justin's wedding ceremony may be taking place next week in Justin's native Canada. Guess we'll just have to wait and see.

Original post: Welp, it's official — Justin Bieber, 24, and Hailey Baldwin, 21, are married! According to People, the pair tied the knot in an NYC courthouse on Thursday afternoon, just two months after getting engaged in the Bahamas. "They went ahead and did it without listening to anyone," a source told the outlet. However, Justin and Hailey do plan on having a big celebration with their family and friends.

"They're going to have a big blowout, in front of God and everyone they love," the insider added. During the ceremony, Justin reportedly got emotional as he told Hailey, "I can't wait to marry you, baby!"

Justin and Hailey first got together in 2015 and have dated on and off since then. They rekindled their romance this past June, and now they're officially husband and wife. Congrats to the newlyweds!