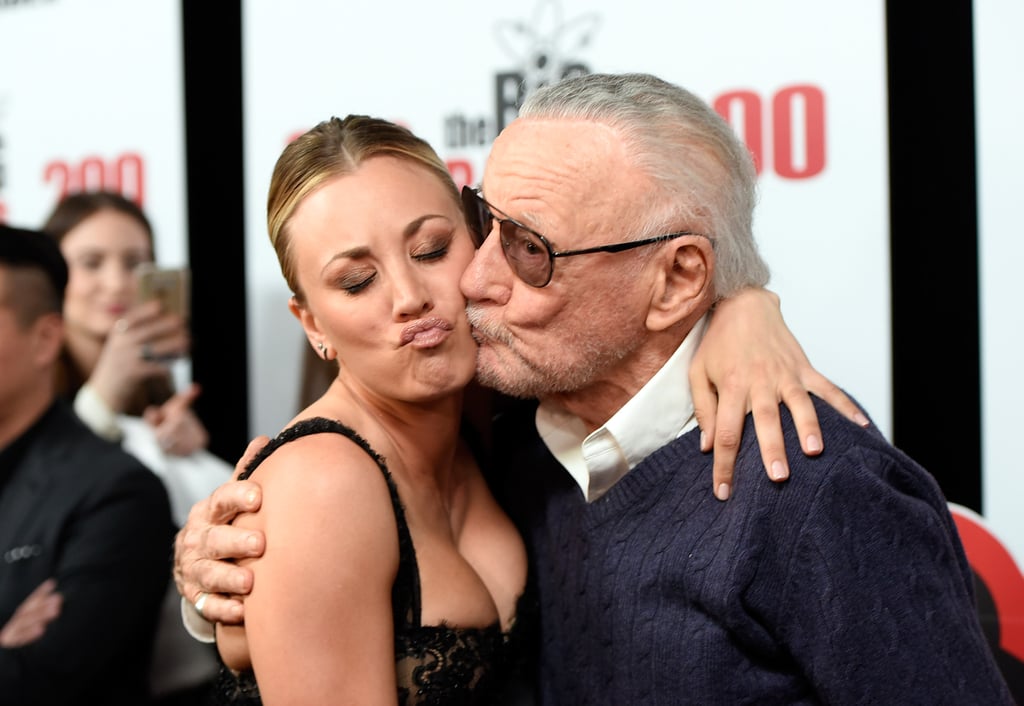 On Saturday evening, Kaley Cuoco made her way to LA's Vibiana to celebrate the 200th episode of her show, The Big Bang Theory. Kaley kept things sexy in a low-cut black dress and showed off her quirky side while posing for photos with comic book writer Stan Lee, who once guest starred on the CBS sitcom. Also in attendance were Kaley's costars, including Johnny Galecki, Mayim Bialik, and Simon Helberg. That same day, Kaley took to Instagram to document her night, sharing a handful of fun snaps, including one in which she thanked her followers for their support, writing, "200 episodes in the books! Thank you to all that made this dream a reality."

Kaley's latest appearance comes almost a week after she was spotted leaving a Grammys afterparty with none other than country heartthrob Sam Hunt. Read on for more of Kaley, and then get a peek at her enviable abs.