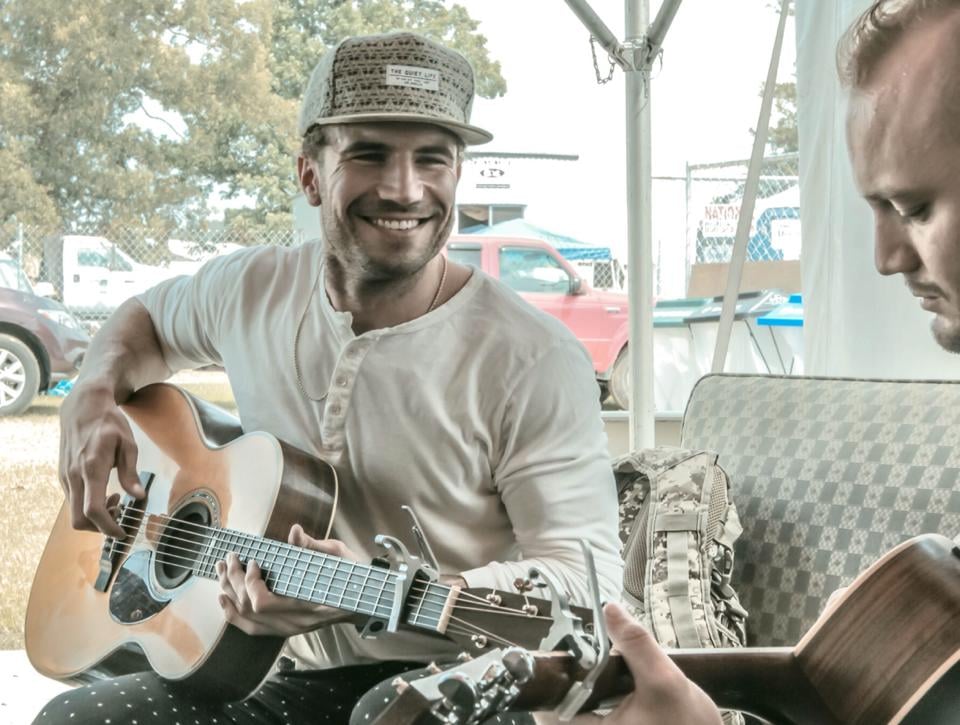 The guitar, that smile — it's almost too much.

If you aren't a fan of singer-songwriter Sam Hunt yet, well, you're missing out. The buzzed-about country artist released his debut album, Montevallo, in the Fall, and his unique sound isn't the only reason he's making headlines; he's also really, really hot. Sam is 30 years old, and before he hit the country music scene, he hit the football field, playing quarterback at the University of Alabama at Birmingham. Postcollege, he headed to Nashville, where he quickly landed a songwriting gig, penning hits for country artists like Kenny Chesney ("Come Over") and Keith Urban ("Cop Car") before deciding to step out on his own. His single "Leave the Night On" was a huge hit, and his new "Take Your Time" music video is making headlines for its powerful statement on domestic violence. Whether you're already a fan or new to Sam's music, get to know the sexy singer with a look at his current hits, his most popular YouTube videos, and a whole lot of handsome pictures, because of course.

Coachella
Missing Music Festivals? These 15 Are Happening in 2022
by Divya Meena 14 hours ago