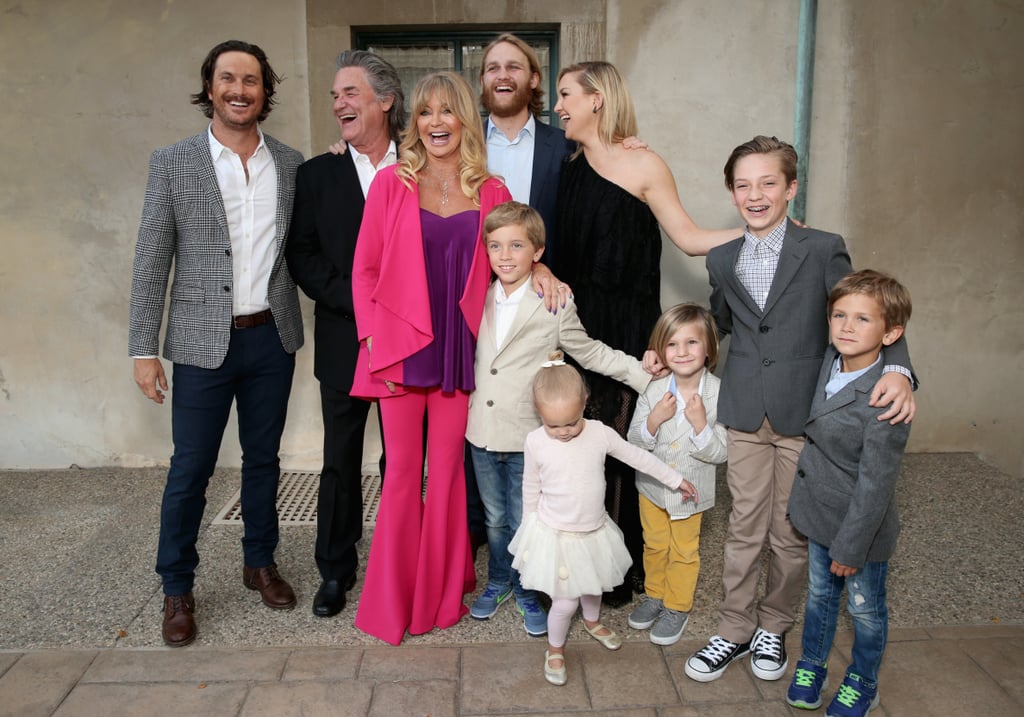 Goldie Hawn has quite the good-looking family! On Friday night, the actress hosted her annual Love In For Kids benefit in Beverly Hills, CA, and had the support of her entire brood. Goldie beamed with happiness as she hit the red carpet with her other half, Kurt Russell, daughter Kate Hudson, and her two sons, Oliver Hudson and Wyatt Russell. Also with them were Kate's sons, Ryder Robinson and Bingham Bellamy, as well as Oliver's children, Bodhi, Rio, and Wilder Hudson.

At the soirée, Goldie revealed her Mother's Day plans, telling People, "We're going to Kate's. Everybody's kids will make things, and all the guys will be there, and then we'll all get in bed and eat." Most recently, Kate attended a screening of her latest film, Mother's Day, giving off major Goldie vibes. Keep reading to see more photos from the event, and then in honor of Mother's Day on Sunday, look back at the sweetest things Kate has said about her famous mom.

by Alexis Jones 34 minutes ago